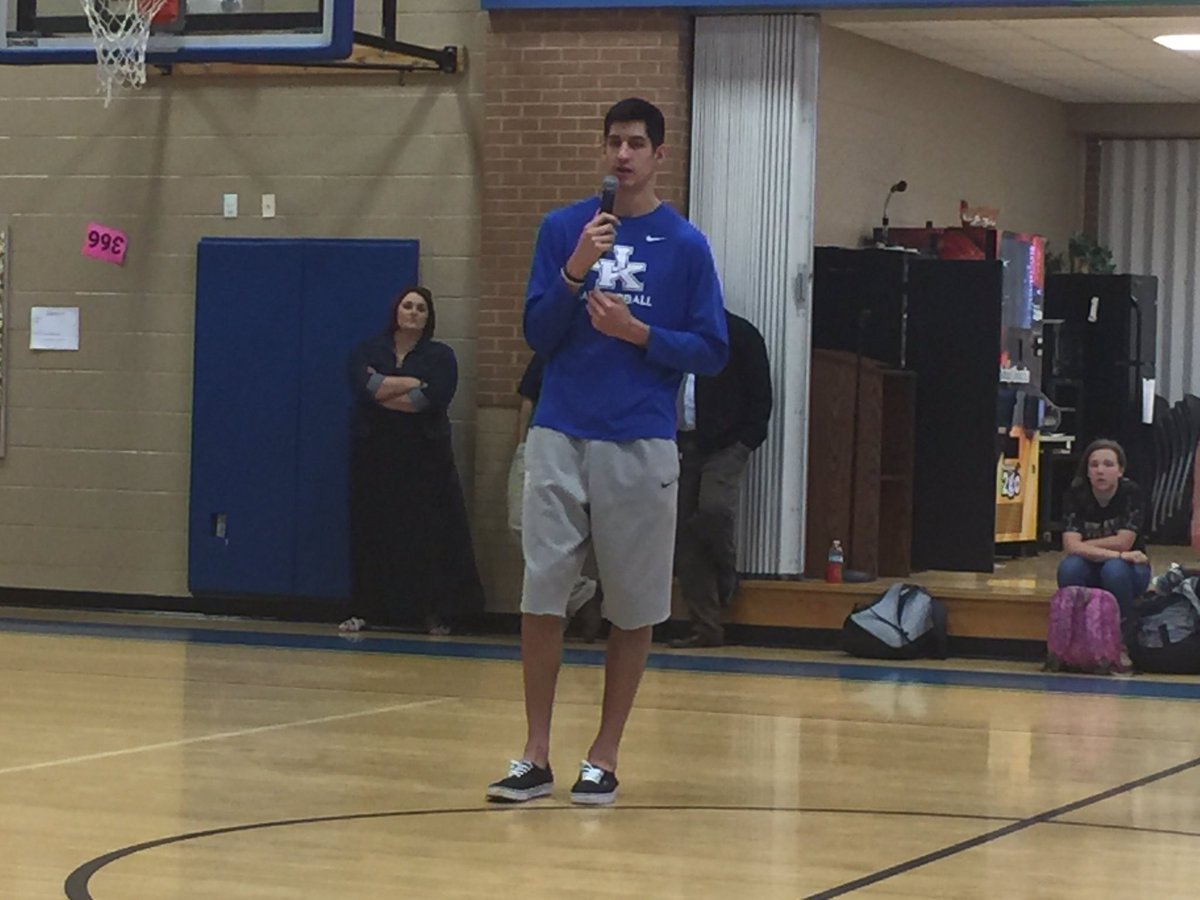 The good people over at The Bowling Green Daily News ran a great story on Isaac Humphries and Derek Willis’ recent trip to a Bowling Green elementary school to talk to its students. The subject matter of their talk was overcoming life’s struggles, which Humphries and Willis both know well.

In Humphries’ case, as he told it, his father left the family behind at a young age and he was bullied in school. Willis told the story of his family losing two vehicles and their home to bankruptcy when he was in middle school.

More from the article:

Willis said that by sharing their stories of their struggles growing up, he and Humphries hope to inspire kids in similar situations.

“Hopefully the kids can relate to me because not every kid maybe grows up in the best home,” Willis said. “Maybe they’re struggling with some stuff.

“But they can understand the struggles I went through and relate to that and then push themselves that much more to get whatever they want out of their life.”

It sounds like the two former Wildcats really opened up about what they overcame as young kids, in hopes of encouraging and inspiring their audience to overcome their own obstacles in life.

Take a second to read the full story and watch the Daily News’ interviews with each player.