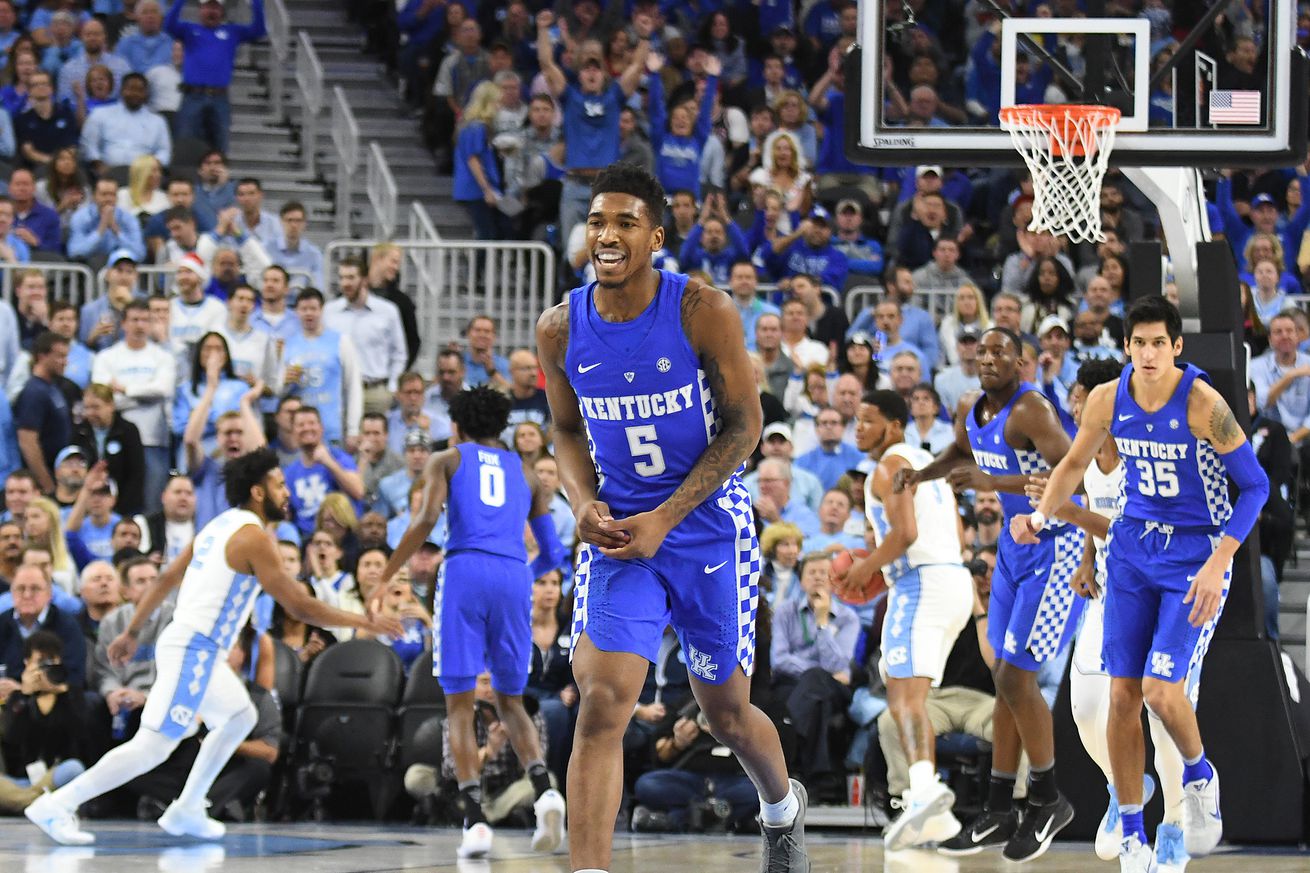 If you remember, Calipari was screaming for Monk to drive the ball to the rim, but Monk decided to pull up from way outside and go for the lead in a two-point game, rather than attacking and playing for the tie.

Of course, the shot went in and Kentucky won the game, which was nice. But Isaiah Briscoe wonders what could’ve been.

“I always tell Malik, ‘What if you missed that,'” Briscoe said today, when asked to reflect upon that December game in Vegas. “Just what if?”

“I just remember that shot Malik hit, and I remember Coach yelling at him telling him to drive, and he shot it anyway.”

Briscoe said his heart beats fast when he thinks back to what could’ve gone wrong, had Monk not drained the game-winner.

On that note, let’s watch Monk’s 47 points from that game…