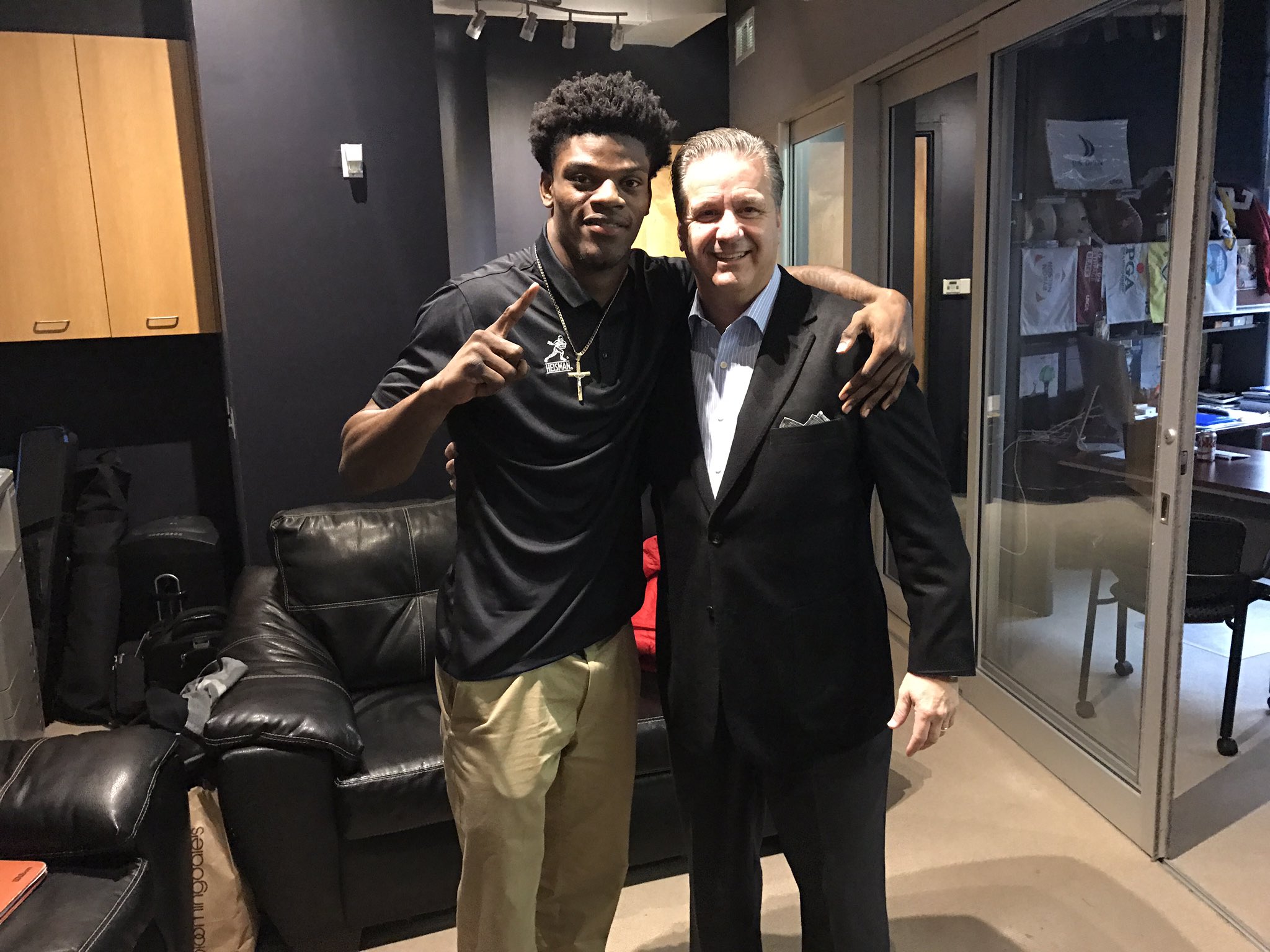 John Calipari stayed in New York today to make the media rounds to promote his new book, and while in the green room before his appearance on “The Dan Patrick Show,” ran into Heisman winner Lamar Jackson. The two posed for a picture, which Calipari posted on Twitter with the caption, “I know some of the BBN is going to be mad I took this, but what a great kid. And he’s the Heisman trophy winner!”

Cal added, “I did ask Lamar, ‘Do you have to come back another year?!”

This shouldn’t make any UK fans mad. Lamar Jackson is great, and we really owe him for that fumble on Louisville’s final drive.

18 Comments for What rivalry? John Calipari and Lamar Jackson pose together in NYC