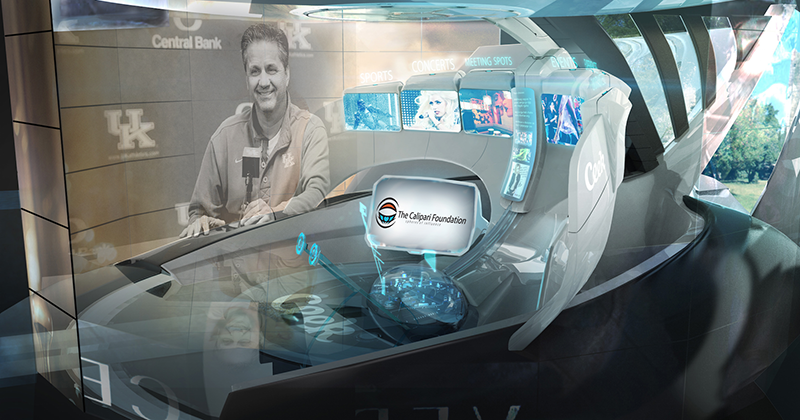 No, really, what is this? Cal just posted it on Twitter with a link to something called Ceeks. From Ceeks.com, it looks like Ceeks are fancy headphones. The site calls them “the first smart audio headphone” and in this video on Bloomberg.com, Cal says it will provide fans with a virtual reality experience:

Calipari says he wants to use virtual reality headsets during games or practice to give fans a more in-depth experience, with his team in game prep and training, and even in recruiting to give prospects a closer look at the program.

“I’m always looking for what’s next,” Cal said. “In the next ten years, it’s going to change how do things, and I want to be on the front edge with my program.”

John Calipari has done a lot of crazy stuff, but this may take the cake.

4 Comments for What is John Calipari up to now?