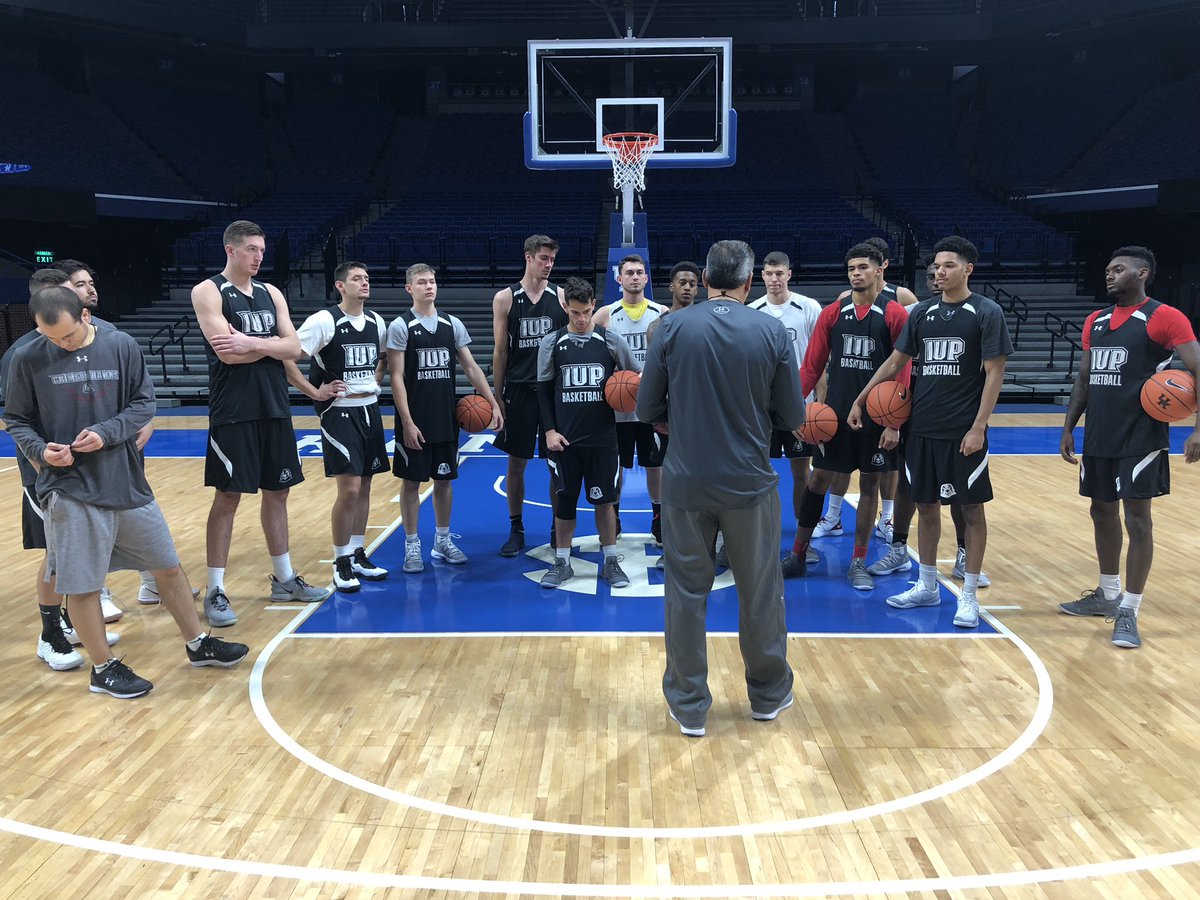 Kentucky will play its second and final exhibition game of the basketball preseason tonight against something called an Indiana University of Pennsylvania. It sounds like a made-up place because Indiana and Pennsylvania are two different states, but it’s actually a real university, apparently.

Here are some things to know about the basketball team:

The head coach is Joe Lombardi, a former Jamie Dixon assistant at Pitt. Lombardi played basketball at Youngstown State and he can remember some pick-up games against Mark Stoops and Stoops’ brothers during his time in Stoops’ hometown.

“They were a little wild on the court,” Lombardi told the Herald-Leader. “Let me say, they competed, OK? You know those football guys who think they can play basketball.”

The coach’s son is a starter.

Lombardi’s son, Dante, is a senior guard for his old man’s team and he returns 12.9 points per game from a year ago.

He has a chance to become the second player in school history to have 1,000 points and 500 assists in a career.

Jacobo Diaz is the player to watch.

A preseason All-American selection, Diaz is back as a senior after an impressive junior year, in which he averaged 14.8 points and 9.7 rebounds per game in 30 games last season. He also led IUP in field goal percentage (52.0), rebounds (9.7 RPG), and minutes (34.4 MPG), and his 13 double-doubles were the second most in the conference.

The Crimson Hawks were picked to repeat as PSAC West champs in the league’s preseason coaches’ poll.

The PSAC is the Pennsylvania State Athletic Conference. Coach Cal played in the PSAC as a young star at Clarion University.

IUP beat Morehead State in a scrimmage earlier this week.

The Crimson Hawks arrived in Lexington on Tuesday and found time to scrimmage nearby Morehead State as a tune-up game before taking on the Cats.

They practiced in the Joe Craft Center last night.

It’s rare to see Kentucky hand over the keys to its gym to an opponent.

Read his full quote when asked about the Crimson Hawks yesterday:

“They’re experienced. They have great size, definitely at the three, four, five spots. And they have some experience in the backcourt with some guys that have won some games, and I think guys that are expecting to win and guys that are expecting to play well regardless of who the opponent is. So I think it’s a great test for us. It’s a great opportunity for us to get better and play a very good, experienced team that plays hard and is going to do what they do, and oftentimes they do it well.”

They will not win.

1 Comment for What is a Indiana University of Pennsylvania?