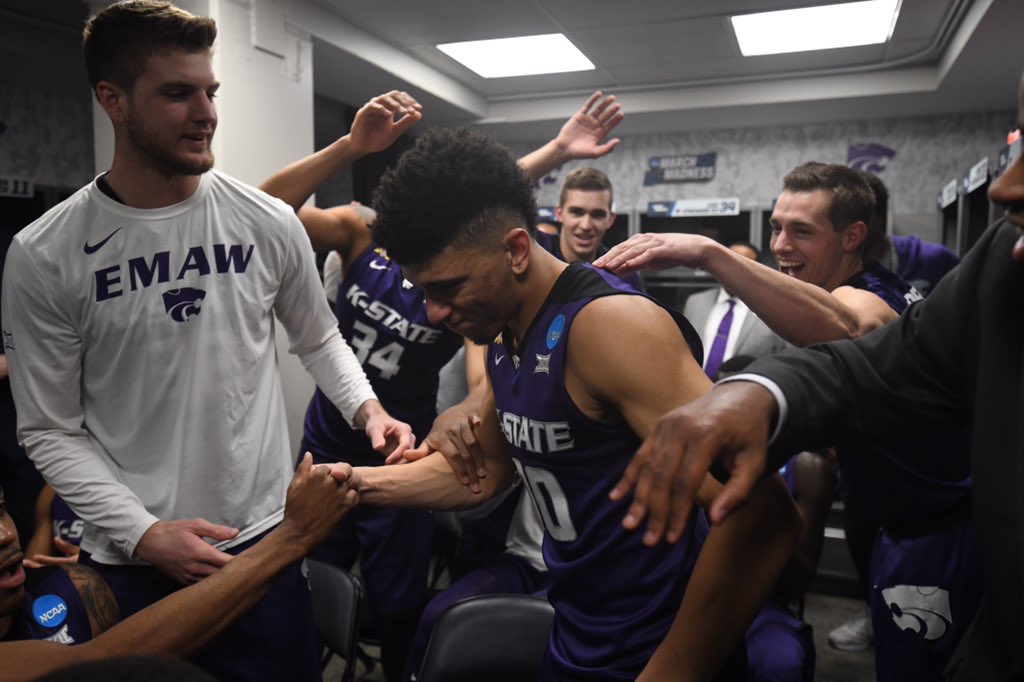 When Kentucky takes the Philips Arena court tonight, you’ll notice an acronym that adorns the top of Kansas State’s warm-ups.  Instead of wasting to time decipher the code, allow me to explain to you “EMAW.”

EMAW is not just a cheesy cliche coined by Bruce Weber during the NCAA Tournament, like “Each March, a Winner.”  EMAW is actually an official Kansas State slogan that stands for, “Every Man a Wildcat.”  The official description from K-State Athletics:

Tracing its roots back through decades of K-State athletics history, fans are unified behind the rallying cry, declaring they are all part of the Wildcat nation.

After speaking with a source in Kansas, it has other roots.  EMAW is supposedly the sound a Wildcat makes.  Not “ROAR!” or “PURR!” It’s EMAW, and it’s the most ridiculous thing I’ve ever heard.

It actually does get more ridiculous.  As a sign of the times, naturally the EMAW slogan came under fire.  A 2009 column in the student newspaper called for “Every Man a Wildcat” to be changed to “Every Person a Wildcat.”  The outrage over EMAW turned into EPAW outrage.  Luckily, tradition and common sense won the battle.

When Kansas State take the court tonight, remember that Every Man in the game is a Wildcat.

2 Comments for What Does Kansas State’s “EMAW” Mean?