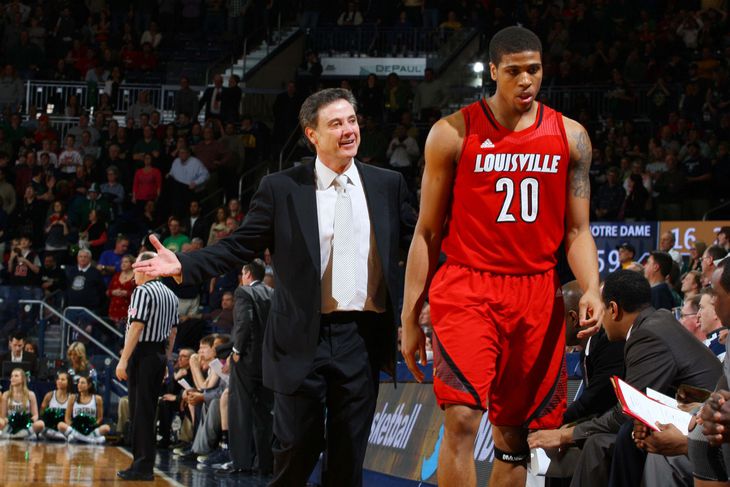 These quotes out of The Chicago-Tribune pretty much sum up why the elite never reach their full NBA potential at Louisville. (Because it’s Louisville first, remember?)

Wayne Blackshear learned “Louisville first” the hard way. Once a top 10 player in America out of high school, Blackshear’s stock plummeted and now he’s left hoping to earn a spot in San Antonio as an undrafted free agent.

In a recent interview with the Tribune, Blackshear admitted, “I sacrificed my game a lot at Louisville for team success. I tried to fit in too much. I really couldn’t show what I could do.”

Blackshear doesn’t regret going to Louisville, and he said Pitino made him a tougher person, but his own game suffered because of it. Instead of playing his game, he kept quiet and accepted his role in the system.

“I believe I should have had more opportunities to show what I could do. I had to become a spot-up shooter in college – that’s not me. I learned to keep my mouth shut and keep moving forward.”