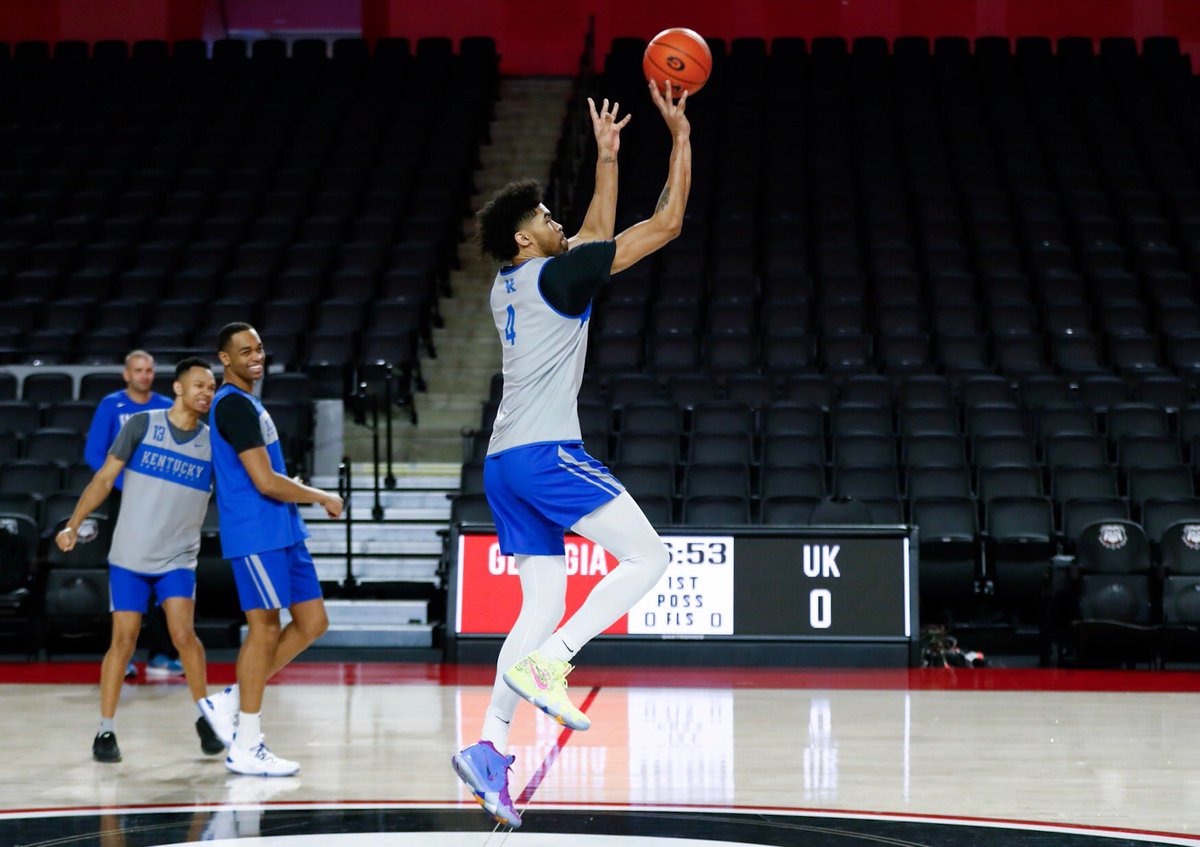 One of the biggest game day traditions of the John Calipari era is the halfcourt shot at shootaround. Today, an unlikely Cat connected with the basket in Athens, Georgia: Nick Richards. Watch below as the seven-footer nails the shot to his teammates’ delight:

Calipari has called Richards the key to Kentucky being a national championship-caliber squad, a sentiment he’s hammering home with the big man in practice.

“When Nick plays and he competes and battles inside and fights for position, he blocks shots and rebounds above the rim, he is a disruptor defensively. He disrupts them,” said Calipari. “They can’t come flying in there. They can’t shoot anything near the basket because he’s going to block it. We need to have him on the floor more, and EJ (Montgomery) is the same.”

Hopefully Nick’s halfcourt shot is a good omen for a breakout game tonight.

Kentucky is a Nick Richards away from a National Championship