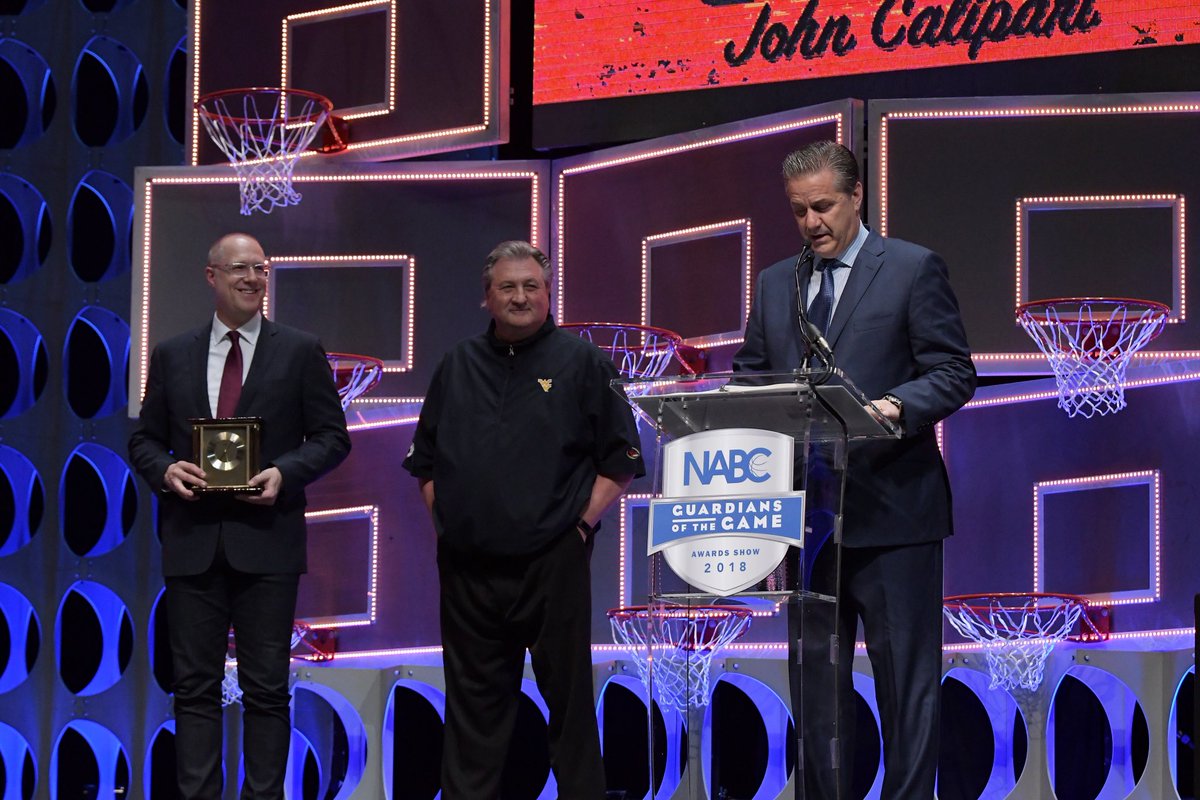 John Calipari took home the NABC Metropolitan Award for Man of the Year at the Final Four in San Antonio tonight. To our surprise, West Virginia coach Bob Huggins volunteered to present the prestigious honor to the Kentucky head coach.

Huggins opened the introduction with a story about an interaction between Nike President Phil Knight and Coach Cal back in the day. Knight supposedly thought Cal was a bus-boy and told him to carry his luggage up to his room, and without correcting him, Cal did just that.

It was a funny and heartwarming story about Calipari’s servant heart and just how long he has had it, and it fit perfectly with the celebration.

And then, Huggins just couldn’t help himself…

“In biblical times, when an ass could speak, they called it a miracle,” said Huggins. “And I want to introduce a miracle. Come on up, Cal.”

Immediately, Calipari fired back with a jab of his own.

“Only Bob Huggins could do that,” Cal said. “Thanks for getting dressed up for this too, Bob.”

Check out the entire clip below

After the event, Calipari caught up with former Maryland head coach and Hall of Famer Lefty Driesell:

Hall of Famer Lefty Driesell and his wife, Joyce. Lefty has been elected to the @Hoophall. So deserving!! By the way, he had on his Kentucky Invitational Tourney watch on! I had to ask him if he won and he said no one ever won other than Kentucky. pic.twitter.com/22qNdZgnCj

Once again, congratulations to John Calipari for this incredible award. Keep making us proud, coach.