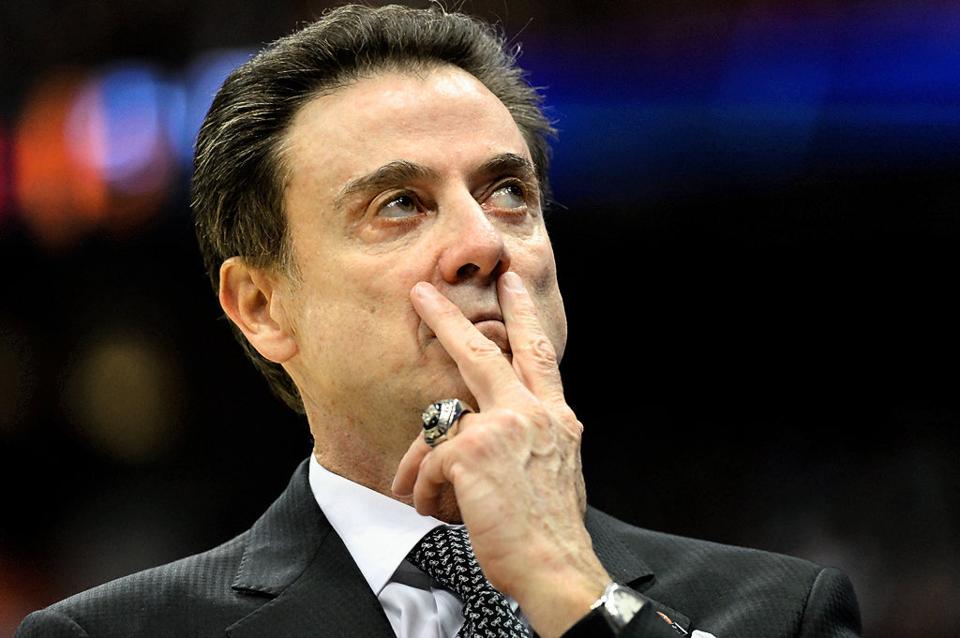 We make plenty of fun of Rick Pitino on this site, but sometimes it takes a bigger outlet making fun of him to really appreciate how demented Pitino has become over the years. Norman Chad writes the Couch Slouch column for the Washington Post, and this morning, he penned a piece in which he calls Rick Pitino the devil. Really, “Rick Pitino is the devil” is the first line of the article. Chad rakes Pitino over the coals for not taking any responsibility for his program’s sex scandal, the latest in a long line of improprieties.

Now, I am not an NCAA regulator and I have not seen the updated NCAA handbook, but my hunch is that sex with strippers falls under the category of “impermissible benefits.”

Then again, when Pitino had sex on a table in a Louisville restaurant in 2003 with a woman other than his wife, it did not violate the morals clause of his contract, so who’s to say?

It’s worth noting that Chad lists John Calipari, Jim Boeheim, and Roy Williams alongside Pitino on his “contemporary Mount Rushmore of charm-all college basketball coaching charlatans,” but all of his ire is directed towards Pitino in this piece. It’s full of stuff that will make you nod your head and say, “Exactly!” so head on over to the Washington Post for more.

9 Comments for Washington Post: “Rick Pitino is the devil”