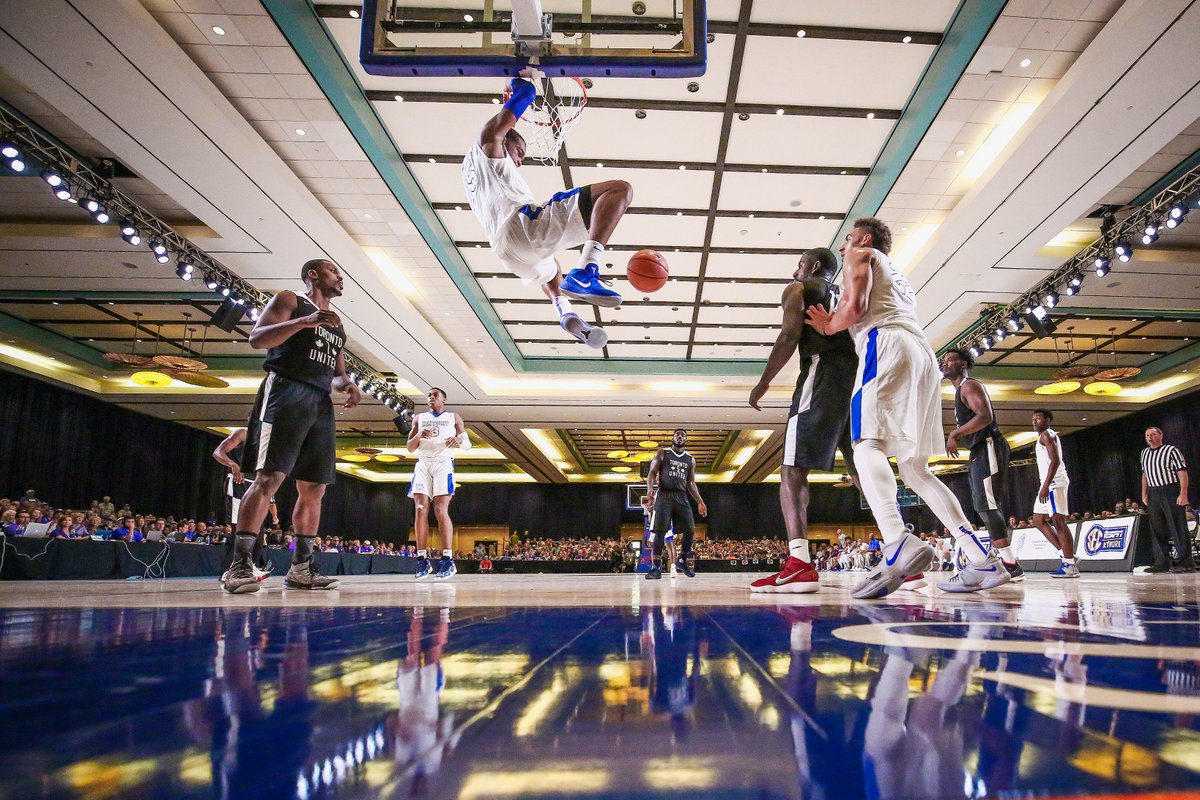 The Kentucky Wildcats took home the four-game sweep in the Bahamas, and now we have highlights (among other video leftovers) from the final victory to show for it.

Check out all of the best from UK’s 32-point blowout win over Team Toronto:

Here they are: the last set of #BigBlueBahamas game highlights. Enjoy, #BBN pic.twitter.com/mB3oYWhujU

John Calipari talked to the team after the win, saying each individual holding each other accountable is what is driving this team to early success.

“The way I look at it, we’ve got a good team that’s together,” Calipari said. “A good team that’s challenging each other to.. ‘either I grow, or I’m dying. I gotta get better.’ And every one of you is pushing the other guy, and that’s why we’re looking this way.”

Here's part of @UKCoachCalipari's message to the team after finishing the Bahamas trip at 4-0. pic.twitter.com/MEP9i7Iw9D

They couldn’t leave without thanking the Big Blue Nation for coming out and supporting the team:

While we’re at it, take a look at Kentucky strength coach Robert Harris and assistant coach Joel Justus mic’d up in the team’s victory over Mega Bemax: