Today’s game was a sloppy one, but you know what they say: Survive and advance.

Cincinnati gave the Wildcats some good run today in the KFC Yum! Center and kept it close until late in the first half when Willie Cauley-Stein’s dunk sparked a brief UK run. The Bearcats hung around a little longer to start the second half before the inevitable happened and Kentucky escaped with a win.

Trey Lyles and Tyler Ulis gave UK good performances, as did Aaron Harrison. Lyles recorded his second career double-double with 11 points and 11 rebounds, while Harrison was the only other Cat to join him in double figures with a game-high 13 points. Ulis was stellar in command of the offense, dishing out five assists with zero turnovers. He’s been great this postseason at the point.

The team will practice in Cleveland on Wednesday (time TBD) in preparation of Thursday’s opponent, the winner of the West Virginia/Maryland game. For now, enjoy being the first team in the history of this lovely game they call basketball to go 36-0. 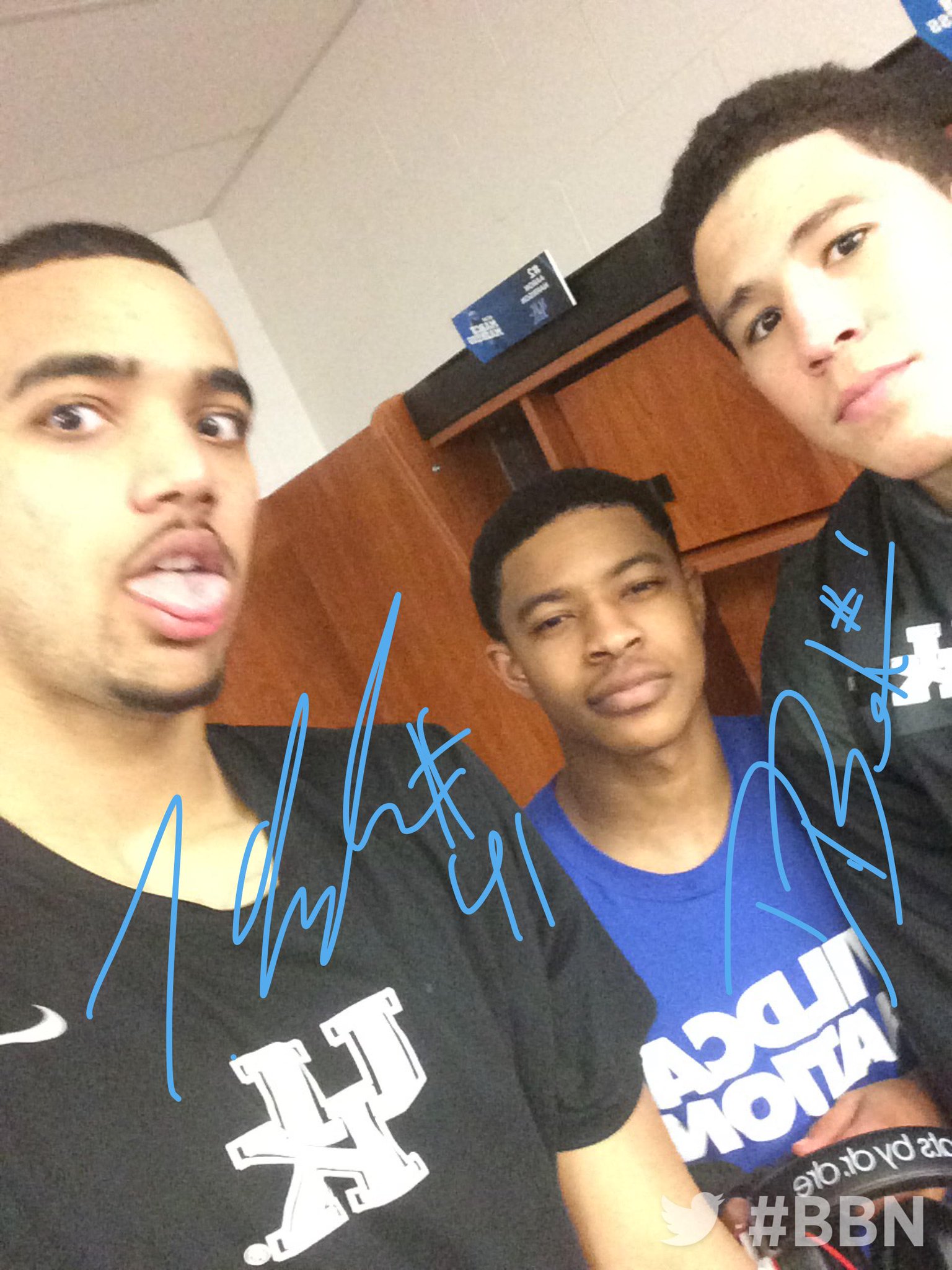