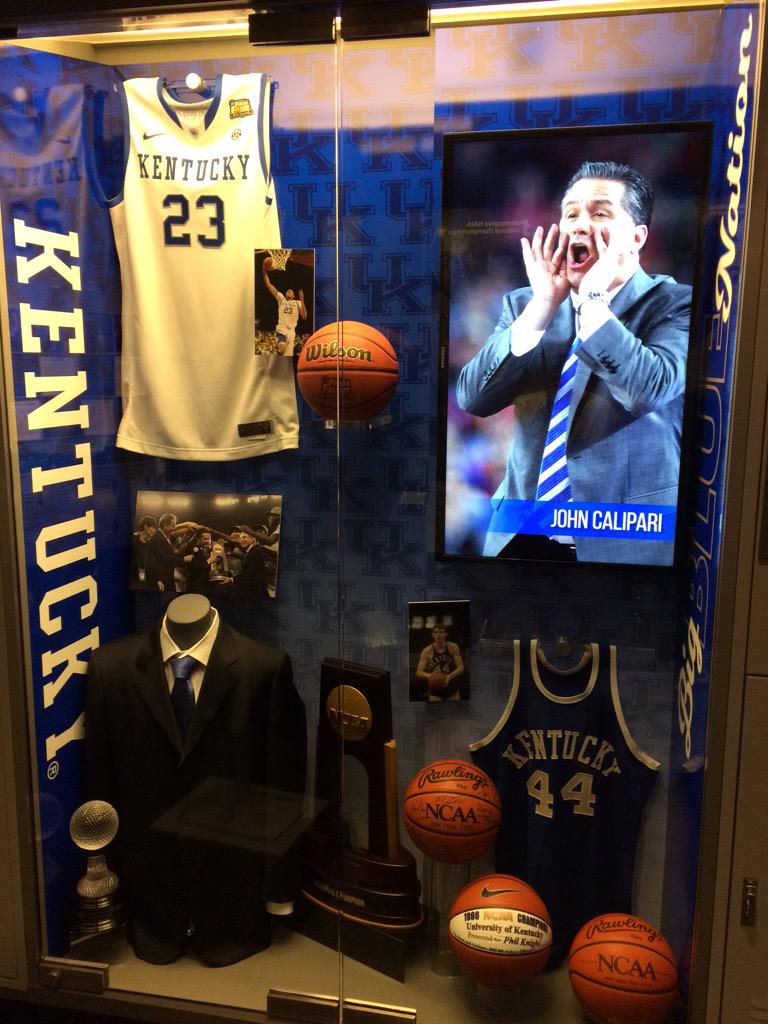 The fun’s about to begin in Springfield, Massachusetts, and several local media have made their way up to the Hall of Fame to cover John Calipari and Louie Dampier’s big day. Check out CoachCal.com’s picture of UK’s new display, which rotates pics of Kentucky greats on the right side of the screen, and features Anthony Davis and Dan Issel’s jerseys, along with what appears to be one of Calipari’s suits and a replica of one of the championship trophies. (Anthony’s jersey being included is a pretty big hint that he’ll be in the Hall of Fame himself one day.)

Cal and Dampier’s pictures are already on display: 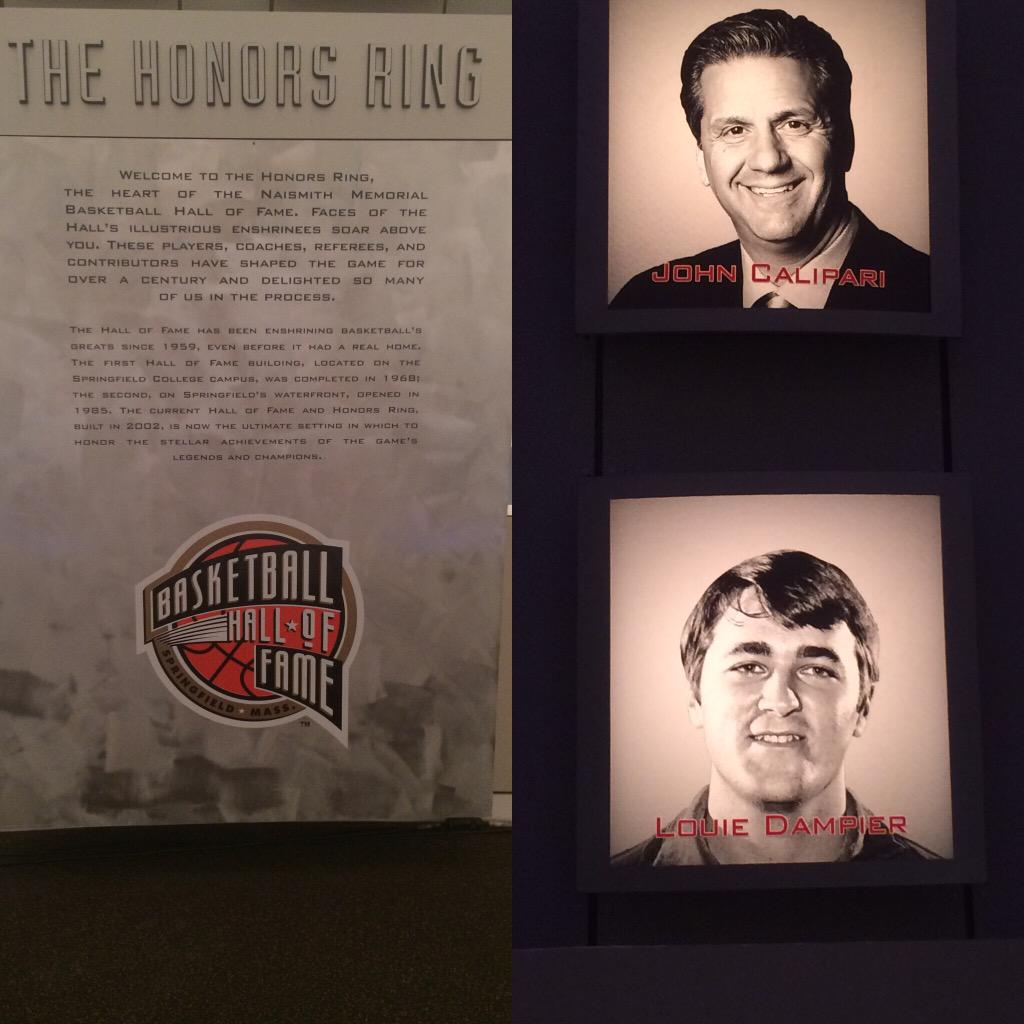 As is Calipari’s HOF trading card: 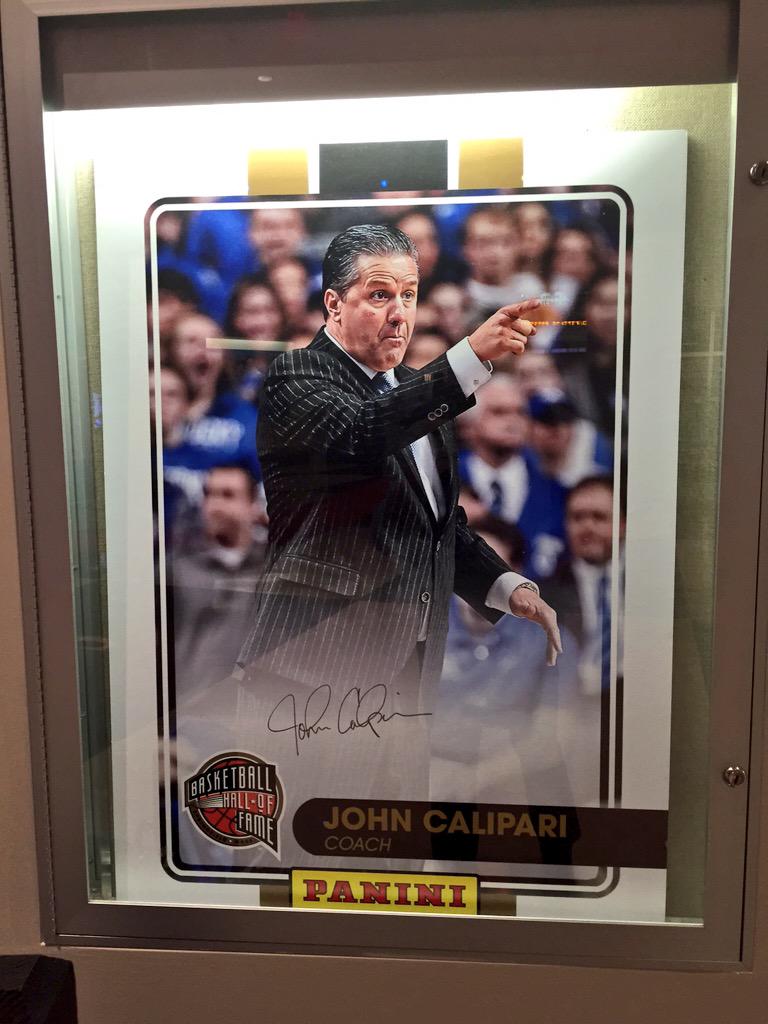 Here’s the stage where Cal and Dampier will speak in just a little bit: 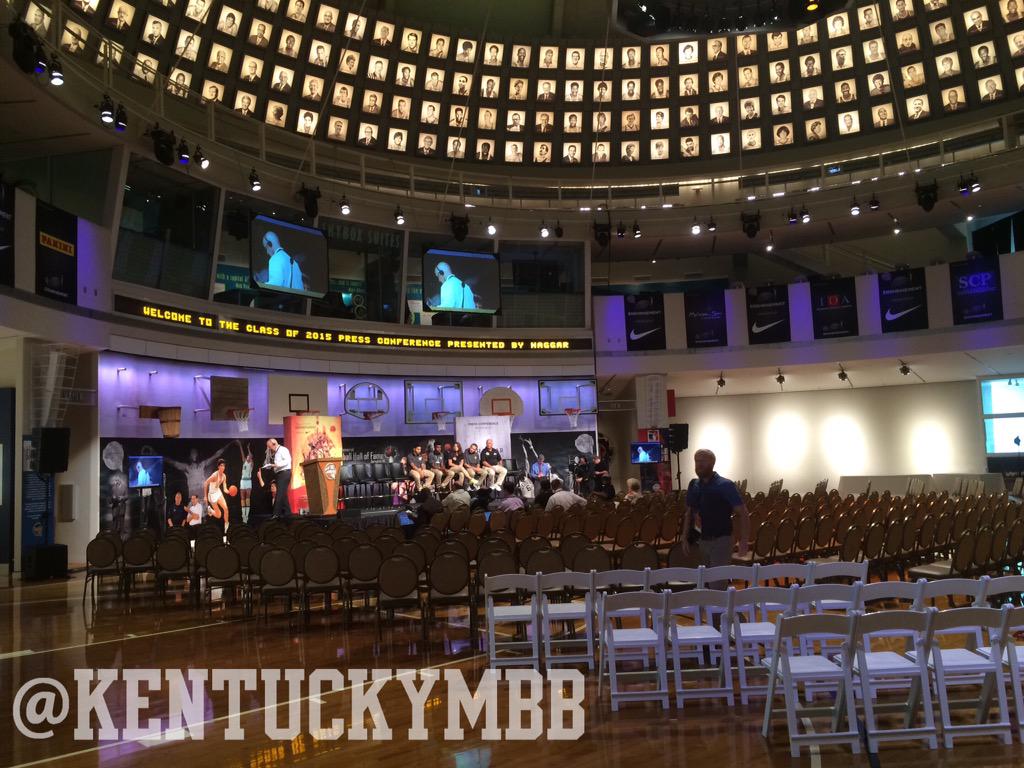 This has been stuck in my head all day, which means it’ll now be stuck in yours: