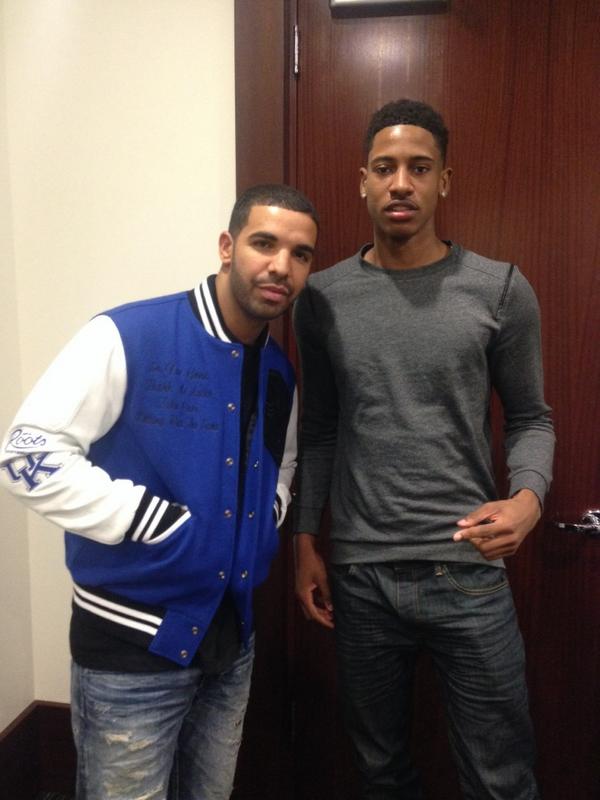 Remember when Drake came to Lexington for Big Blue Madness? How could you not, right? It was the airball seen ’round the world. Turns out Drake made an even bigger goof that night. According to Kami Mattioli of The Sporting News, UK had to issue Drake a cease-and-desist letter after he took pictures with three recruits, including future Cat Charles Matthews.

After Big Blue Madness concluded, Drake “headed back toward the locker room to say goodbye to the head coach (who wasn’t there)” and “PSA #3 (who Sporting News identified as four-star shooting guard commit Charles Matthews) approached Graham and requested a picture.”

The photo request was considered a Level III (non-suspension) violation, and as part of Kentucky’s self-reporting, the university sent a letter to the NCAA explaining it had “issued a cease-and-desist letter to (Drake) directing him to refrain from conversations with prospects or taking photos with prospects when that conversation or photo occurs outside the parameters established by the NCAA.”

UK argued the interaction wasn’t a recruiting advantage because Matthews was already committed to UK at the time, but still. Whoops.