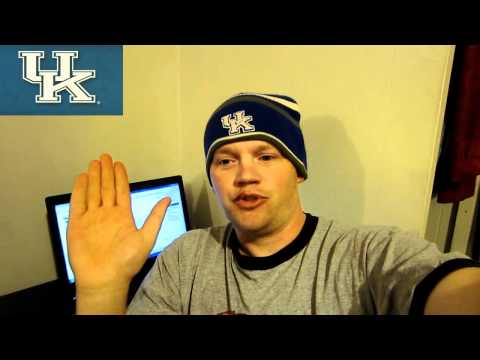 You may remember Casual Gamer Reed from his various appearances here on KSR. He is a huge UK fan who likes to predict UK games and talk about the Cats (while wearing UK gear). He bills himself as “the #1 UK fan on YouTube. Here is an example of some of his work:

Well it turns out that besides talking about UK, Casual Gamer Reed also does product reviews. And the Comedy Central show “Midnight” has found him amusing…the good news is that he is wearing a UK hat during his national debut. Check it out (about 1:30 into the video)