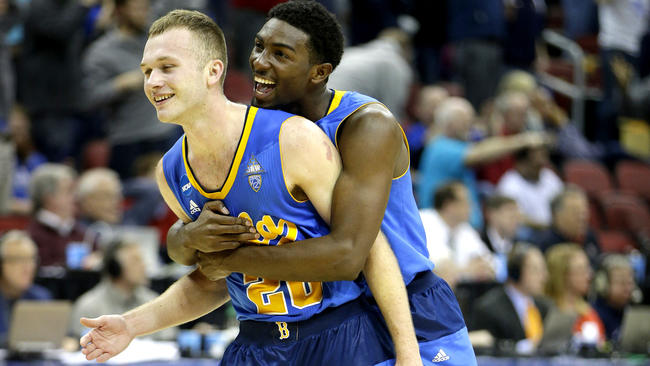 I think Kentucky will be just fine on Saturday when UCLA comes to town, but there are some concerns if the Bruins were to get hot. Just ask the players from UC Riverside, who watched UCLA’s Isaac Hamilton hit seven three-pointers in his team’s 42-point win last night.

On the year, UCLA is connecting on 45.6 percent of its 193 attempts from deep. That percentage ranks second in college basketball; the 88 made ranks fourth overall. On average, the Bruins hit 11 three-balls each game, which is pretty damn good.

Needless to say, Saturday’s game may come down to whether or not UCLA can get hot in Rupp Arena, and if Kentucky defends the three well. Coach Cal has been stressing three-point defense to his team since Day 1, and it’ll certainly be a hot topic in practices and UCLA prep this week.

12 Comments for UCLA hitting 46 percent from three, so there’s that