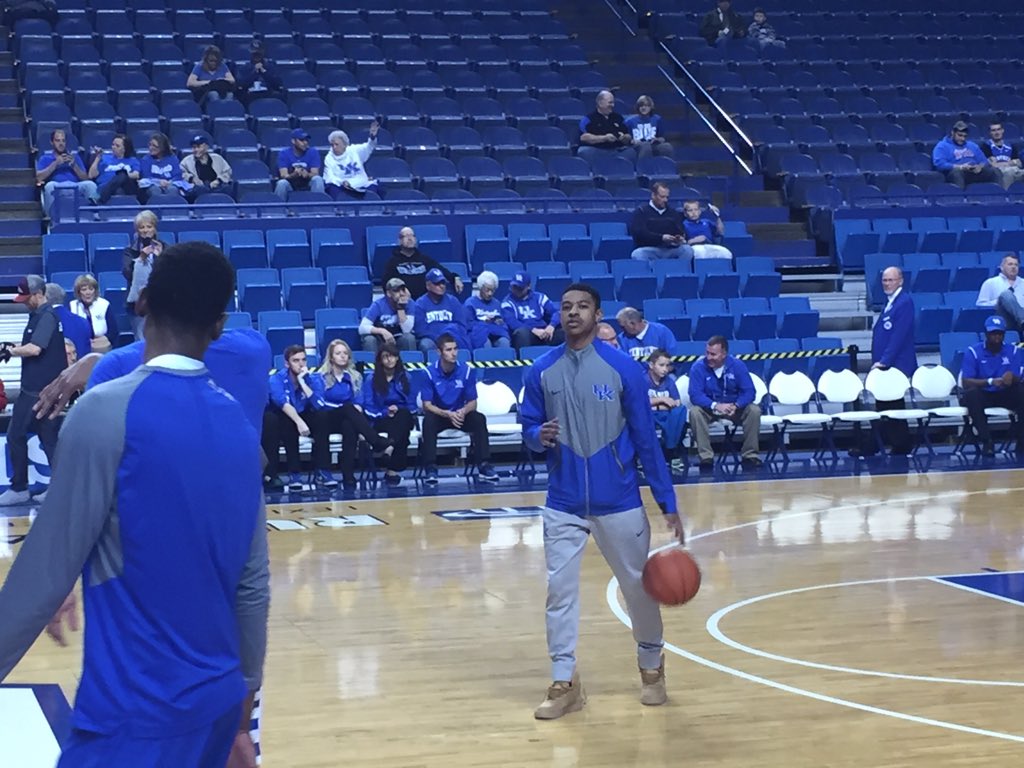 Late to head out to the court for warmups, I held out hope until Tyler Ulis hit the Rupp Arena floor in Timberlands.  Luckily, his elbow isn’t restricted in any way, and he looked fine handling the ball near midcourt while his teammates got loose.

We're going to hold Tyler out tonight. He'll be fine but want to make sure he's 100 percent before he goes back out there. He wants to play.