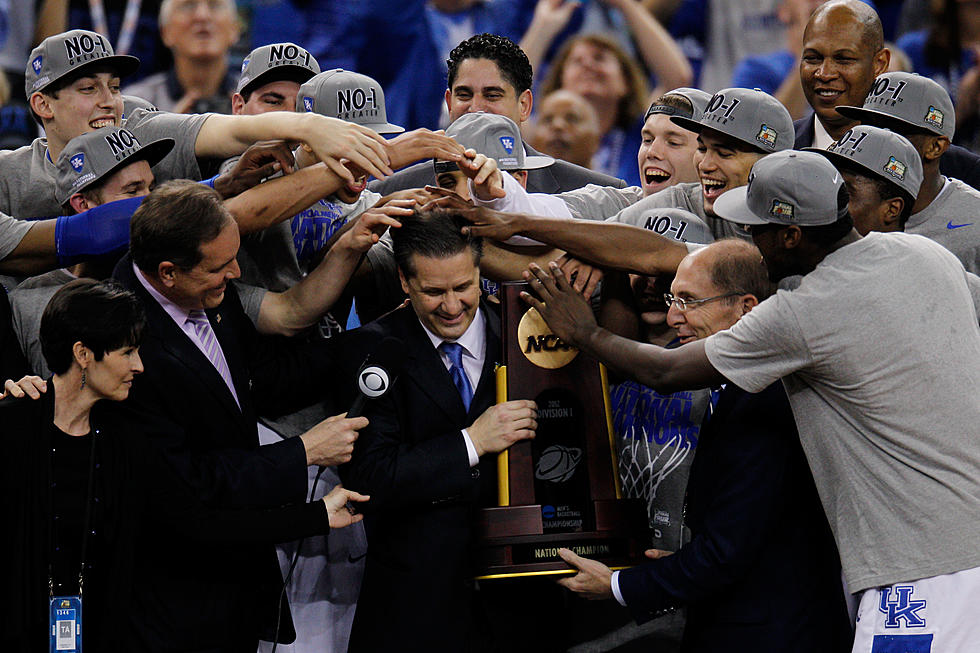 College basketball’s national championship will go to either Virginia or Texas Tech around midnight tonight, not “home to Kentucky,” as Tom Leach proclaimed in 2012. It is going to be a pretty boring game between two pretty boring teams, so viewership will likely reach an all-time low for this year’s final.

I might watch the game, if nothing else catches my eye on TV, if I’m even home to watch TV. I can’t imagine many of you are eager to turn it on either. In fact, 58% of you said you have no plans to watch it, according to our morning poll.

I say we watch a couple of videos from happier times in the Bluegrass instead, back when Aaron Harrison put Kentucky in the title game in 2014, and when Kentucky won it all for the first time in 14 years in 2012.

Let’s play these videos on a loop today as the college basketball season comes to an end.

Compilation of reactions to Aaron Harrison’s game-winner in the Final Four:

The all-Kentucky version “One Shining Moment” in 2012: