For the last two weeks, football constantly filled our TV screens.  Whenever there wasn’t a college bowl game, there was the NFL.  Now we must move on, but luckily we were blessed with a fantastic farewell.  The Rose Bowl between Penn State and USC was one for the ages.

USC surged to a large early lead, but Penn State roared back with seven straight touchdown drives.  With a 14-point lead in the fourth quarter, Penn State was waiting for the fat lady to sing.  Then USC’s Sam Darnold threw a few beautiful passes and Penn State chucked up an easy interception to give the Trojans just enough time to kick a game-winning field goal.  In the process we saw the Trojan guy almost impale his foot, approximately 27 reviews and this guy. 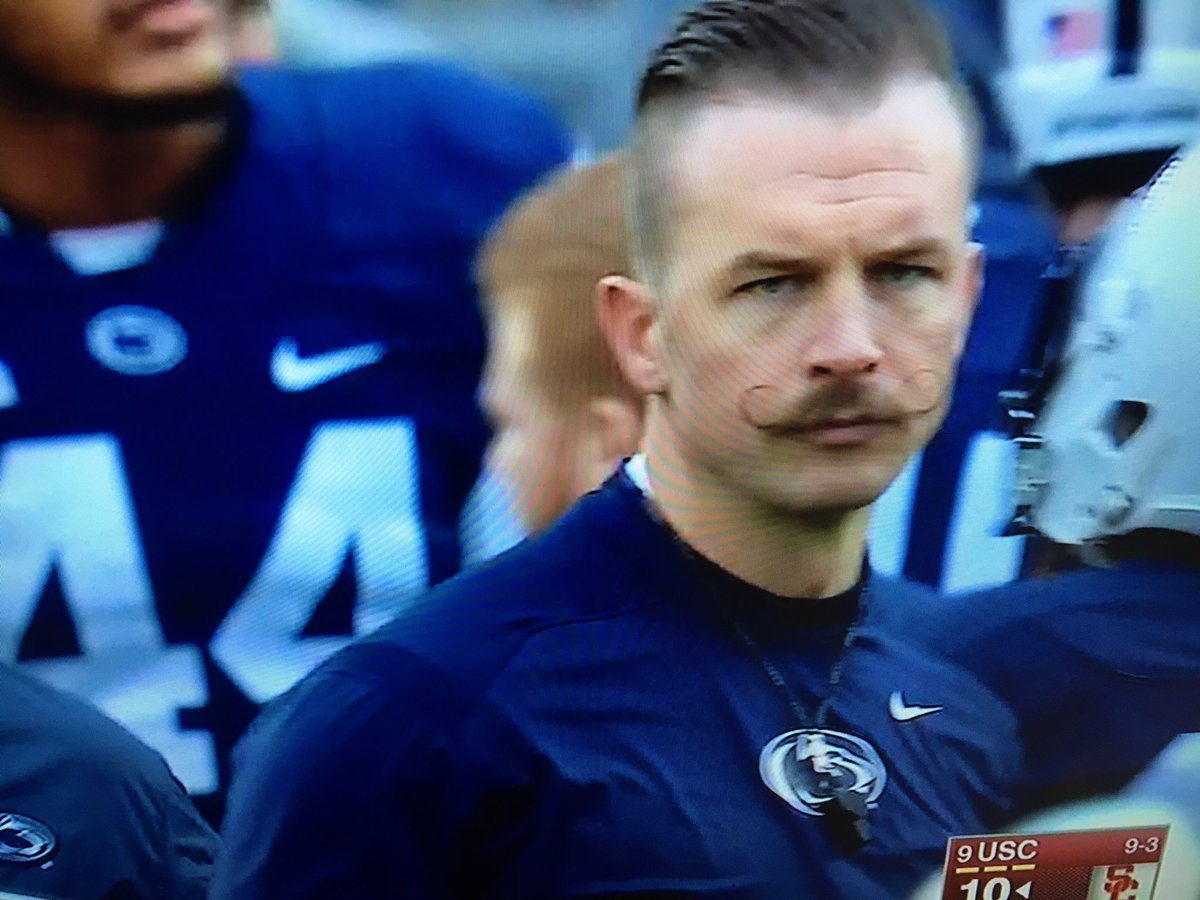 It was such a great game, such a great finish that many were prompted to ask the question, “Was it better than the Vince Young vs. USC Rose Bowl in ’05?”  I’m still going to say no, but it’s awfully close.

Thanks for being awesome football.  You aren’t completely gone, but we know you’re on the way out the door.  Don’t be gone for too long.  You’ll be better than ever when you return.  Now, on to basketball.

1. A Late Night Matchup with A&M

Have a cup of coffee after dinner, BBN.  Kentucky’s SEC home-opener tips off at 9:00 on ESPN.  Dickie V will courtside with Dave O’Brien and Kaylee Hartung.  Kaylee deserves five gold stars from the BBN, making the trip to Lexington less than 24 hours removed from covering the sidelines of the Sugar Bowl in New Orleans.

Kentucky is 4-2 against the Aggies since Texas A&M joined the SEC.  In those six meetings, four have finished in overtime, with those games decided by an average of 4.25 points.  Even though this year’s A&M team has yet to produce an impressive victory, Cal expects a dogfight.

“It’s going to be a war because it always is,” Calipari said on last night’s call-in show.  “I would expect this to be that type of game.  Sometimes you have matchups with teams that are what they are.  Every time you play that team it’s a close game.”

The Aggies’ strength is their size.  They start three forwards over 6’9″ with Tyler Davis anchoring the post.  They also have a lineup that features three 6-10ers along with the 6’9″ D.J. Hogg.

Cal said he may use bigger lineups with Willis and Gabriel to combat their size, but his best solution is using speed in transition.  If they can get A&M running, it’s Kentucky’s game to lose.  If it turns into a half court game, you’ll see exactly what Calipari said, a dogfight.

4. Experience a Day at Camp Cal

Class resumes a week from tomorrow, officially ending Camp Cal.  With a game tonight and Saturday, they’ll slowly be easing back into their normal schedule.  Before the beautiful mess of practices comes to a close, see what the players go through during their everyday grind.

Malik Monk was named SEC Freshman of the Week following his 34-point performance against Ole Miss and Isaiah Briscoe was awarded SEC Player of the Week after messing around and getting a triple-double. It’s the second time this season UK has swept the weekly SEC awards.

Kentucky moved two spots in both polls to No. 6.  Tonight Vegas considers them 14-point favorites over Texas A&M.

6. Boom Williams Signs with an Agent

Bye Bye Boom.  For those who believed he may balk and return to Kentucky, last night he made the split permanent by hiring an agent, Atlanta-based SportsTrust Advisors.  Boom has two months to prepare for the NFL Combine.  The NFL Draft begins April 27.

7. The Dancing Guy Dance-Off You Need to See

Found in the crowd after Friday night’s pep rally in Jacksonville was UK’s Dancing Guy.  As usual, he held nothing back.

At the start of the second half, Jeff Walz had his players set up their offense on the same bucket they spent the previous half.  Duke went along with it, giving the Cards a wide open layup.

Jeff Walz is a genius pic.twitter.com/CqKXd30OoH

9. No Scraper? No Problem

We haven’t had too many cold mornings, but I found a way to make sure KSR’s Fearless Leader isn’t late to the radio show because of a frozen windshield.

Going back to work won’t be so bad.  At least you have a new KSR to listen to, starting in one hour.