Ron Hunter’s squad could run through the Sun Belt again. Harrow, a transfer from Kentucky, is having a monster year for the Panthers (19.9 PPG, 5.9 APG, 40 percent on 3s). Harrow & Co. could be dangerous in March.

Apparently, Jay Williams and Seth Greenberg agreed, including Harrow in their pool of top point guards during halftime of tonight’s Duke/UConn game: 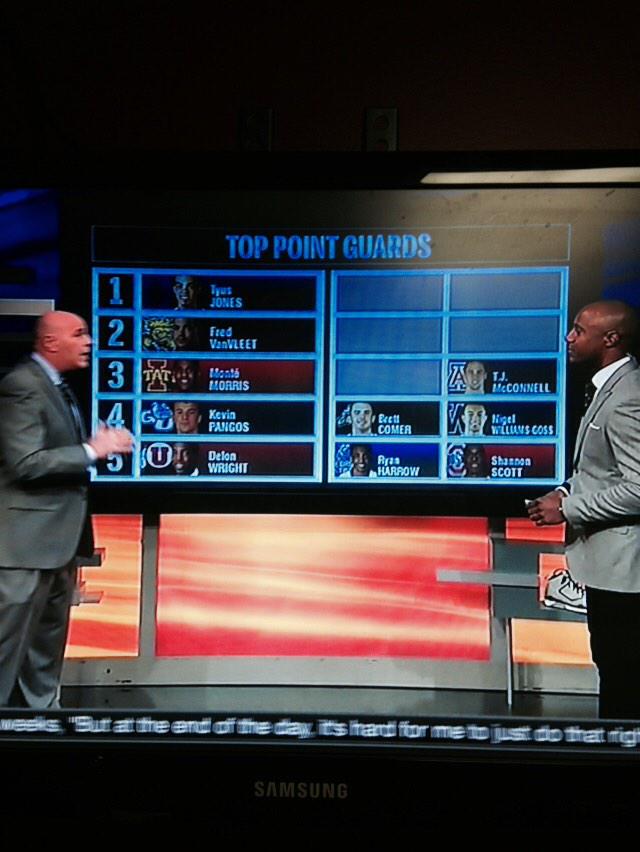