Welcome to the final weekend of the basketball season that won’t feature the Cats in action on the basketball court. Yes, it may be a bit more boring but take the time to pause and build anticipation for the year to come. As Mitch Barnhart wrote in his open letter today, “it’s time to look at what our future holds for us in 2015. We have a great deal to look forward to.” Here are the games I’m looking forward to most in 2015:

Let’s start the list off with some football. Auburn’s return to Lexington for the first time since Cam Newton lit up the Cats makes the top games for it’s historical significance. The Thursday night event will mark the first time Kentucky has ever hosted such a game and could be a primetime showcase for a rising program. Auburn is coming off a disappointing 2014 but “best backup QB in the SEC’, Jeremy Johnson, appears ready to take the reigns. Should be an amazing atmosphere in the new Commonwealth.

The lowest moment of last season came in Columbia as the Cats were humbled by lowly USC and Cal was ejected from the game. The loss was an embarrassment and one this team will surely be looking to avenge.  No amount of Sandstorm can save the Gamecocks from the fury heading their way in just a few weeks.

The most fun filled night in Lexington  (outside of a national championship riot) could come on October 31st. Breeders Cup at Keeneland in the morning, Tennessee football on Halloween at night. That’s the ideal set-up for fall football in Lexington and a team Kentucky will have a chance of upsetting at home.

The last time Kentucky traveled to Tuscaloosa they left with a 59-55 loss after blowing a 33-24 halftime lead. This year they’ll be facing an Alabama team desperate for a resume building win. The Tide have had their chances this year but have been unable to take down Wichita State or Iowa State outside of Coleman Coliseum.  Kentucky is their only hope for a solid win at home. Surprisingly, Georgia is the highest rated team in the RPI remaining on Kentucky’s schedule at 13th. Mark Fox is another SEC coach who needs to reach the NCAA tournament for some job security and a win over the Cats could get his team in.  The Cats will have a tough test in their final road game of the season.

Top 5 after the jump:

Even with all the elite talent rolling through Lexington over the Cal era the Cats are just 2-3 in games in Gainesville. Florida has had it’s share of great player over the years  too and this year is no different. Yes, Florida has struggled this season but the rowdy reptiles will have the O-dome packed when UK comes to town. Time to avenge those 3 losses from last season.

Despite losing Johnny O’ Bryant and Anthony Hickey from last season the Tigers have started off 2015 with a record of 10-2. Don’t be surprised if they’ve climbed into the top 25 come February 10th. 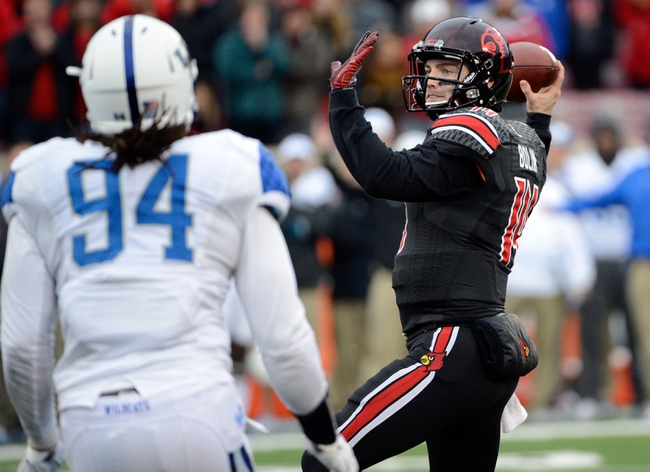 Petrino- Stoops III. Towles – Bolin II. Kentucky could need the home win to secure a bowl bid. So many storylines could be in play next season in the battle for the Governor’s Cup. Will the Cats bring the 4 game losing streak to an end and retake their state?

While the game is  half a season away if Kentucky is still unbeaten come March 7th then this game could be one of the all time  epic Rupp moments. As Kentucky pursues history Rupp would be wild and rocking from start to finish. Florida and UK have had some big games in Lexington in the past. None would be bigger than this one.

No matter where we go. No matter who we are playing. The biggest event to come in 2015 is undoubtedly the NCAA tournament. After last year’s run to the finals and this year’s amazing start the NCAA tournament is set up to be one for the ages. The 6 biggest games to look forward to in 2015.

“2015 will be full of opportunities. We know a lot must be done to capitalize on them, but with you behind us we know we can do it. There’s never been a better time to be a Kentucky Wildcat.”