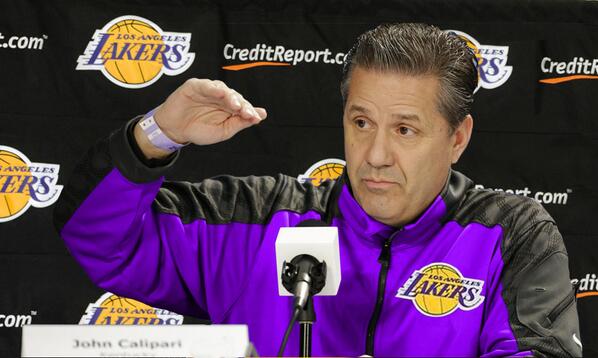 He insists he will stay in Lexington for another season, but that won’t stop the Los Angeles Lakers from at least calling John Calipari to gauge his interest in the new head coaching vacancy in L.A. The Lakers will reportedly reach out to Calipari and UConn head coach Kevin Ollie as potential replacements for Mike D’Antoni.

Before it starts, I'm totally committed to helping this group of young men reach their dreams. I wouldn't & couldn't leave this group!

81 Comments for The Lakers plan to contact John Calipari (Yawn.)