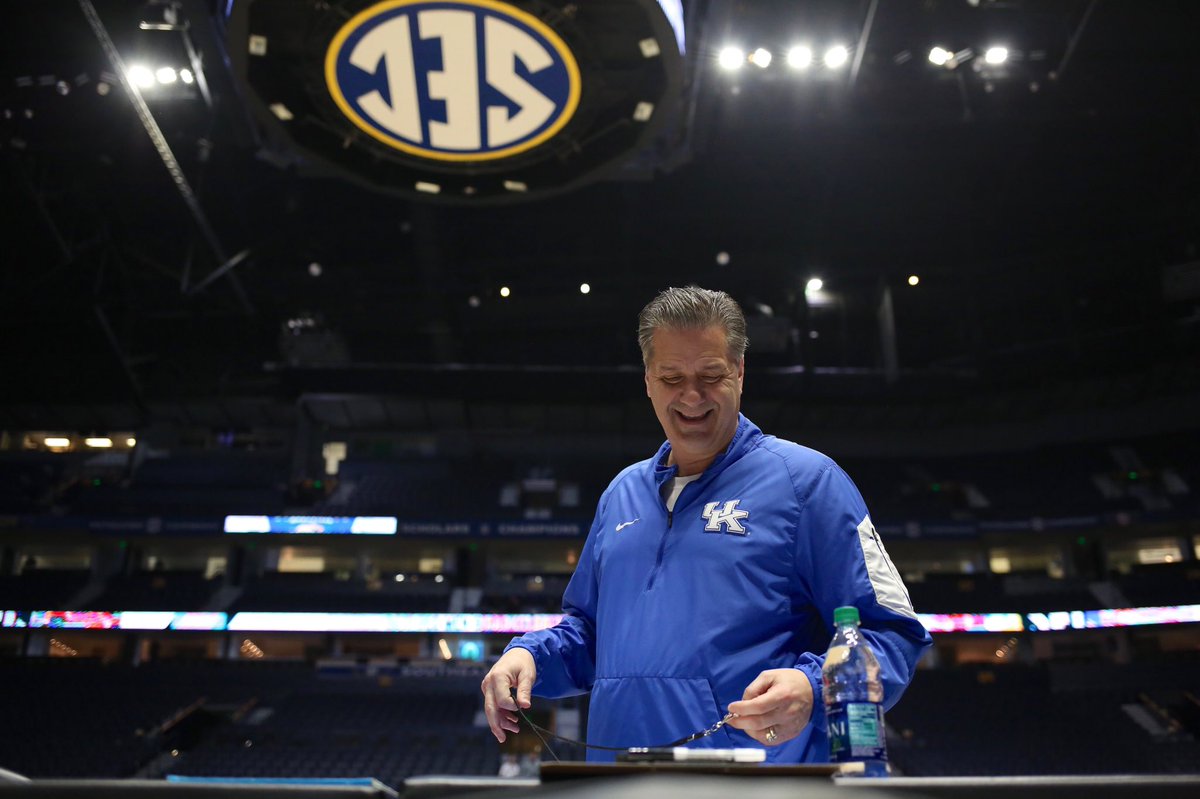 After arriving in Music City last night, the Cats got up early and put in some work at Bridgestone Arena before today’s games. Check out these videos from @KentuckyMBB of the team stretching their legs and acquainting themselves with the arena:

Breakneck pace this morning at our first #SECMBB practice. pic.twitter.com/1R7zd1dTI2

This is the only time Kentucky will be able to practice in the arena before tomorrow’s game, so they did their ritual pregame shootaround midcourt shot. How fitting is it that senior Derek Willis was the first to make it?

Only time we will be in the arena before the game so gotta get our normal pregame half court shot in. @derek_willis33 came through. #SECMBB pic.twitter.com/48Z0ruvIct

1 Comment for The Cats practiced at Bridgestone Arena this morning