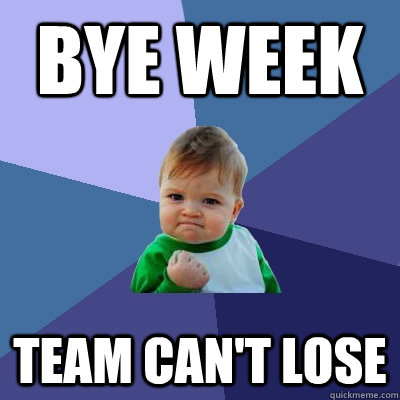 Good morning, friends, and welcome to another action packed week of Kentucky sports — oh wait, it’s the bye week? Well, welcome to another week of Kentucky sports. Thanks to our friends down the road, there’s plenty to talk about this week, like hookers entertaining 17-year-old boys and their fathers, and how much Rick Pitino did or did not know about it.

Oh yes, we will talk about the UofL sex scandal allegations plenty this week. I purchased “Breaking Cardinal Rules: Basketball and the Escort Queen” last night, and even though I’m only a few pages in, I can already tell you it’s a train wreck; poorly written, bizarre, and totally scandalous. Like a trainwreck, I can’t look away. Later this week, I’ll have a full review for you, along with some dramatic readings of the juiciest excerpts from some of your favorite KSR personalities. (Assuming they agree. I haven’t asked them yet.)

There’s much more than that happening, though. Let’s run through the agenda…

Practice officially began last week, and with football on a bye week, it’s totally acceptable to start creepin’ on the Cats. The Kentucky basketball Twitter account released some videos and pictures over the weekend to whet your appetite, and I’m sure we’ll see a practice report or two in the coming days. The team’s currently in two-a-days, a crucial time for a young group to get a feeling for each other and begin work on that all-important chemistry. Speaking of, even this “It’s still football season!!” nut got a little excited when this popped up on my Twitter feed:

Over the weekend, 2018 recruits 6’8â€³ F Maurice Calloo and 6’0â€³ PG Kajon Gordon-Stephens took unofficial visits to Kentucky after participating in John Lucas’ Midwest camp in Louisville. Neither holds an offer from Kentucky, but they’re considered All-Canadians in their homeland and Calloo’s older brother reportedly played on the same team as Mychal Mulder. Did the additions of Mulder and Murray open up a new Canadian pipeline to Lexington? Hopefully we’ll find out more this week.

In other recruiting news, we found out yesterday that the nation’s top center, Marques Bolden, will visit for Big Blue Madness. Bolden will join Harry Giles, De’Aaron Fox, Malik Monk, commit Sacha Killeya-Jones and 2017 point guard Trae Young on the VIP guest list for Madness, which is one week from Friday. As the week goes on, I expect some details about the event will leak out. Will Drake really be there? If so, get ready for a LOT of “I rock Kentucky blue” snapchats.

BBN was all over “Quantico” again last night

Josh Hopkins is one of the stars of the new ABC drama about FBI recruits, and he’s done his best to make sure Kentucky’s also a part of it. Check out these screenshots from last night’s episode:

Yes, that’s a ticket from the UK/Baylor doubleheader that took place in Dallas during the ice storm almost two years ago. I had blocked that game from my memory, but it’s cool to see the Cats get some screen time during network primetime.

…BUT, there will be a press conference in one hour to discuss parking and transportation logistics for the Thursday night game against Auburn. Tune in here for the latest details in about an hour.

I’m not exactly a sci-fi nut, but couldn’t resist the hype surrounding “The Martian,” the story of an astronaut stranded on Mars after his crew presumed him dead during a storm. If you’ve been around a television in the past week, you know the movie, starring Matt Damon, came out this past weekend, and I did my best to resist seeing it until I finish the book. No spoilers please, but if you saw it, did you enjoy it? Or did you immediately think of Damon’s role in “Interstellar” and hate his character?

BOMANI JONES will join Matt at 10:30 a.m. to talk about the UofL scandal

Which means you need to clear your schedule to listen live or on podcast. Something tells me this will be an epic show.