Greetings, friends. This is the last wakeup post you’ll be reading from me ever, because after tonight’s $1.5 billion Powerball drawing, I’ll be a billionaire and will have much more important things to do with my time than pound out words on a computer. Okay, so sure, swimming around in my money ala Scrooge McDuck probably doesn’t qualify as “important,” but I’ll be very busy buying yachts, vacation homes, private jets, K-Fund courtside seats, etc. Hey, somebody’s gotta win, right? Might as well be me!

Even if I don’t win the Powerball tonight, I sure hope someone does so it will put an end to the ridiculous Facebook memes. In case you’re a smart person who doesn’t check Facebook because it rots your brain, here’s a sampling of some popular lottery memes this week:

I don’t know what disturbs me more: the fact that someone thought this math was correct enough to make a meme or the number of people in my Facebook feed that shared it. Stop it. (The math actually works out to $4.33 each, enough to buy you a cheap calculator.)

This kid is either: a) oddly sincere and generous, or b) desperate for social media attention. Cynicism has me leaning towards the latter.

Anyways, best of luck to everyone tonight. I hope that if you win, you’ll think of your buddies here at KSR who slave over the computer day in and day out to bring you UK sports news in the most ridiculous manner possible. Okay, “slave” is an overstatement, but I may have circulation issues from sitting at my desk all day, so there’s that. (And they say blogging’s not dangerous.) 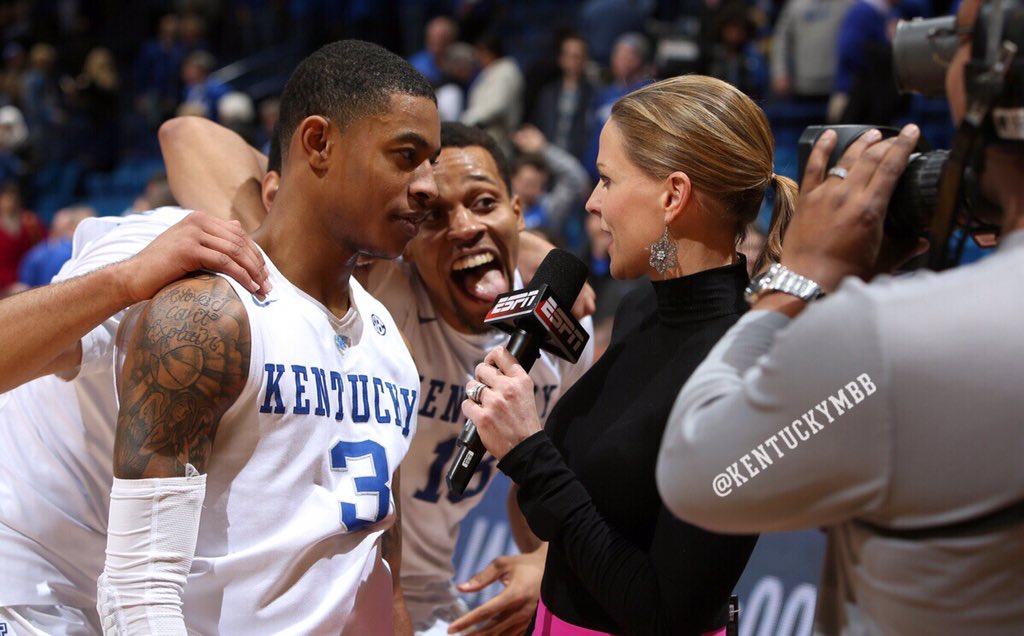 Unfortunately, Kentucky’s post play was not so good. Alex Poythress and Marcus Lee combined for only eight points, the second time they’ve disappeared in three games. Calipari seemed lost for words when describing Alex and Marcus’ inconsistency, but Tyler Ulis didn’t shy away from calling his teammates out:

“Guys came out and didn’t want to play again. We have to keep working on that. I don’t understand why guys would come out like that but we’re going to get there,” Ulis said. “I just try to push them. Some guys have it but some guys don’t come out ready to play. When we do, when everyone comes out ready and has the same intensity, we’re a good team.”

If you’re still upset about Kentucky’s performance, take solace in the fact that they were able to pull out the win, unlike many Top 25 teams last night. #1 Kansas, #3 Maryland, #8 Miami, and #17 Iowa State all went down to lesser ranked opponents. West Virginia didn’t just upset Kansas, they dominated them, leading almost the whole game and winning by a score of 74-63. Afterwards, Mountaineer fans stormed the court and sang “Country Roads,” a very, very cool moment:

The Football Practice Center is coming right along 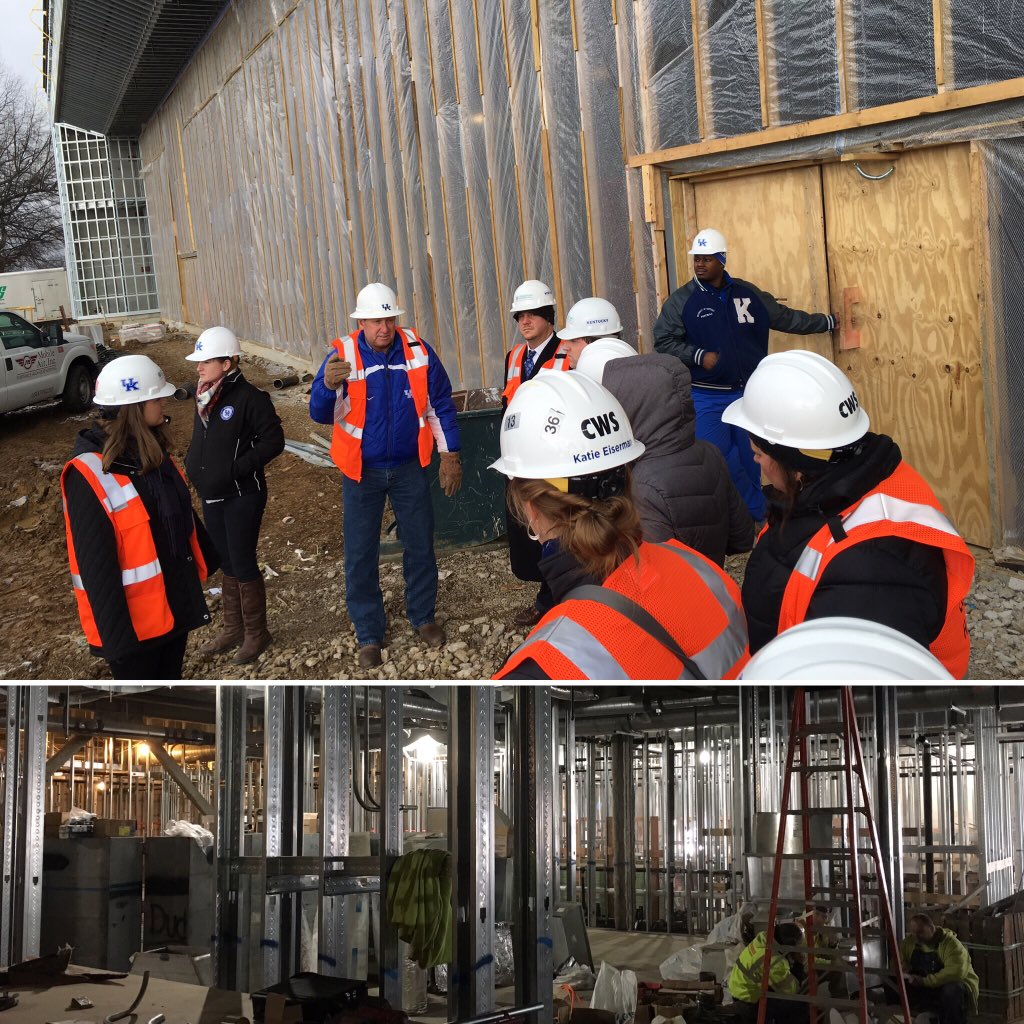 The folks at the K Fund took contributors on a tour of the 90,000+ square foot space yesterday to see progress. The building is scheduled to be done in July 2016.

Matt’s podcast got some love from Sports Illustrated

4. The most downloaded podcast in the iTunes Sports and Recreation rankings is consistently The Bill Simmons Podcast, with the occasional ESPN, Fox Sports or pro wrestling podcast staking claim to the top spot. So, it was remarkable to see on Monday that The Matt Jones Podcast, which focuses on Kentucky athletics, soared past Simmons’s podcast to No. 1 on the list. Jones is the founder of KentuckySportsradio.com, the largest independent college sports blog in the U.S. On Twitter he said that his podcast has a very high number of subscribers from among Wildcats fans and regularly ranks in the top 20 amid all of the major brands and wrestling podcasts. As to why he ascended so high this week, Jones said, “We did a Making a Murderer episode that has been really popular, but in general it is just our very loyal/large audience.”

Pretty cool stuff. Speaking of, have you subscribed to the new Matt Jones Podcast feed yet?

Before the season began, I didn’t think I’d say this, but I might check out that South Carolina at Alabama game to see if Frank Martin’s group is for real.

KSR in one hour

Does that make you want to celebrate like Dancing Guy?