Fish Window Cleaning is Central Kentucky’s premier window cleaning company. We are a locally owned and national franchise who offers a 100% satisfaction guarantee. Our highly trained, uniformed staff are fully licensed, bonded, and insured. We offer year round cleaning schedules for both work and home.

Get your free estimate for window cleaning, pressure washing, and so much more by calling 859-246-1199 and by visiting www.fishwindowcleaning.com/181.

Can Cal Stay Perfect in the Sweet 16?

John Calipari has taken Kentucky to the Sweet 16 seven times in the last nine years.  Allow Drew Franklin to help you relive the best moments from Calipari’s six Sweet 16 wins at Kentucky.

Tonight at approximately 9:45, that will be put to the test against Kansas State.  After handling Creighton in the first round, Bruce Weber’s ninth-seeded Wildcats took down UMBC to advance to just the program’s fifth Sweet 16 in 40 years.  Their road to Atlanta was not pretty, just like their alternate uniforms.

A Pair of Injured Forwards

Mum was the word on Dean Wade and Jarred Vanderbilt at yesterday’s South Regional Press Conferences.  Both power forwards practiced.  Vanderbilt was hopeful, while his coach doubted.  Wade appeared to be fine, by refused to confirm if he would play against UK.

At this point, it’s all gamesmanship between the two Wildcats.  In all likelihood, Kansas State’s leading scorer will play, while Vanderbilt dresses on the bench as an “in case of emergency” option.

Kansas State was immediately behind the eight-ball.  Kentucky started the opening round game of the 2014 NCAA Tournament by shooting a pair of technical foul free throws after a K-State reserve dunked in warm-ups when the officials were on the floor.

The rest of the game between the eight and nine seeds was fairly uneventful.  Kentucky controlled the tempo, Julius Randle had a 19-point, 15-rebound double-double and Aaron Harrison added 18 points to carry Kentucky to a 56-49 win.  You can watch an entire replay from the game here.

The Kentucky Wildcats have never lost to the K-State.  UK leads the series 9-0, with an 8.4 average margin of victory, but this will be just the third time the two teams have met since 1976.

Fill in the Blank

Jonny David is back on the mic.  He made his way through the locker room at ask his teammates to play a game of fill in the blank, John Calipari edition.  You’ll learn that Coach Cal shares the BBN’s sentiment whenever Wenyen tries to dribble.

We’re everybody’s …
You win or you …
They’re not machines, they’re not …@JonnyDavid played a little fill in the blank with @UKCoachCalipari‘s famous one-liners. You’ll enjoy this one, #BBN. #MarchMadness #Sweet16 pic.twitter.com/CjHOMnZiYD

Before you go to Phillips Arena, stop by next door at the Georgia World Congress Center.  Inside at the Social Table, the UK ALuni Association is holding a pep rally from 5:00-7:00.  The UK band and cheerleaders will be there, along with limited spirit wear supplies.  Find more details here.

For the all the Kentucky fans in town, the College Football Hall of Fame has put the deuce on display.  Leslie County’s finest has been a finalist four times, but the Air Raid Captain has yet to crack into the Hall. 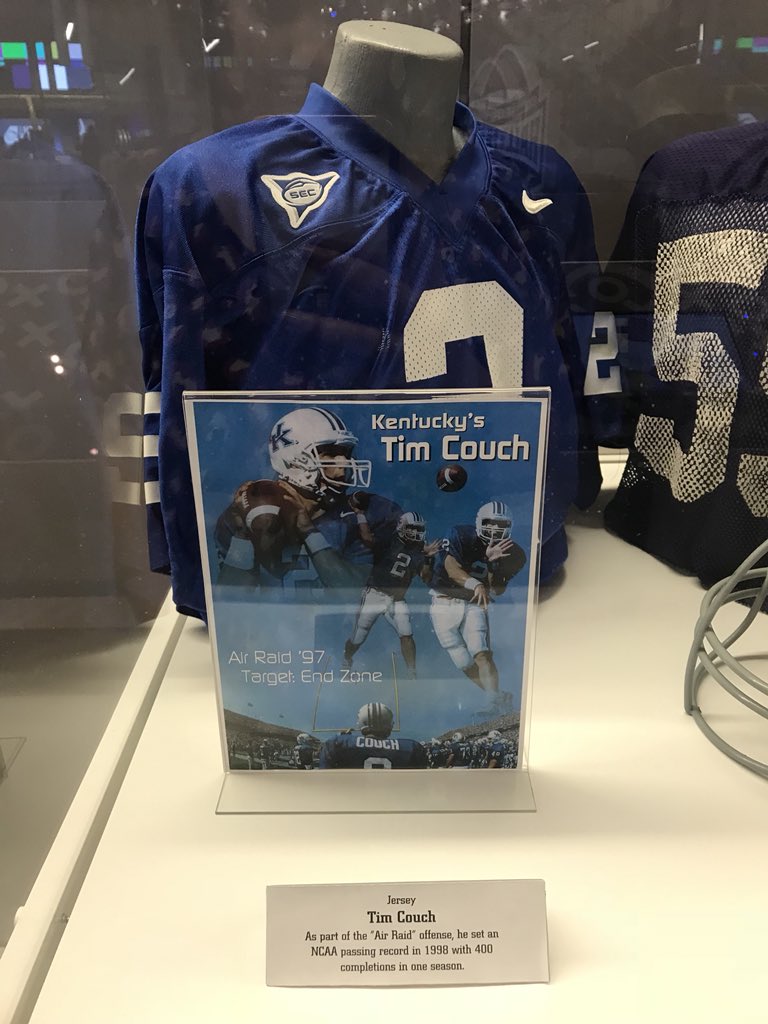 Congrats to Aaron Torres.  The Huskies fan is the happiest man in America today.  You’ll hear from him a little later today on the Aaron Torres Sports Podcast.

The Toppers are in the NIT Final Four after Lexington-native Taveion Hollingsworth scored 30 points to defeat Oklahoma State 92-84 in Stillwater.  Congrats to our Western Kentucky friends.  Celebrate accordingly.

The scene in Stillwater… pic.twitter.com/aKzOrGXADO

KSR is Live from Catlanta