The year end is often filled with retrospective look backs at the year that was. With that in mind it’s time to look back at the best moments from a historic nonconference schedule that has been nothing short of epic. 2014 has been a great year for the Cats on the hardwood with an unbelievable run to the national title and an amazing start to unfinished business. Here are my favorite moments from the back half of the year:

In just the second game of the year the Cats found themselves in an early hole and trailing by 5 points at the half. Did this group have what it take to adjust and overpower a team they should have been dominating? The answer was yes as the Cats rolled out of the half with a 9-0 run. Trey Lyles showed how much of an impact player he can be by opening the half with a deep shot and then a steal and jam. Kentucky took the lead and never looked back as they held the Bulls to 0 for 5 from beyond the arc in the second half. Buffalo has gone on to amass a record of 7-3 with their only losses to UK, Wisconsin, and St Bonaventure. Not too shabby.

A lot was made of Texas’ vaunted frontcourt as they made their first trip to Lexington in a battle of top 10 unbeatens. Could Kentucky contain Camron Ridley, Miles Turner, the Prince of Ebay, and Johnathan Holmes? Really the question should have been can Texas do anything to stop Willie Cauley-Stein? Willie announced himself as a player of the year contender with 21 points, 12 rebounds, 5 steals, and 3 blocks. Not only that but the Cats proved they could go to toe to toe with a physical opponent and punch harder. The game was one of just two losses Texas took in the non-conference. 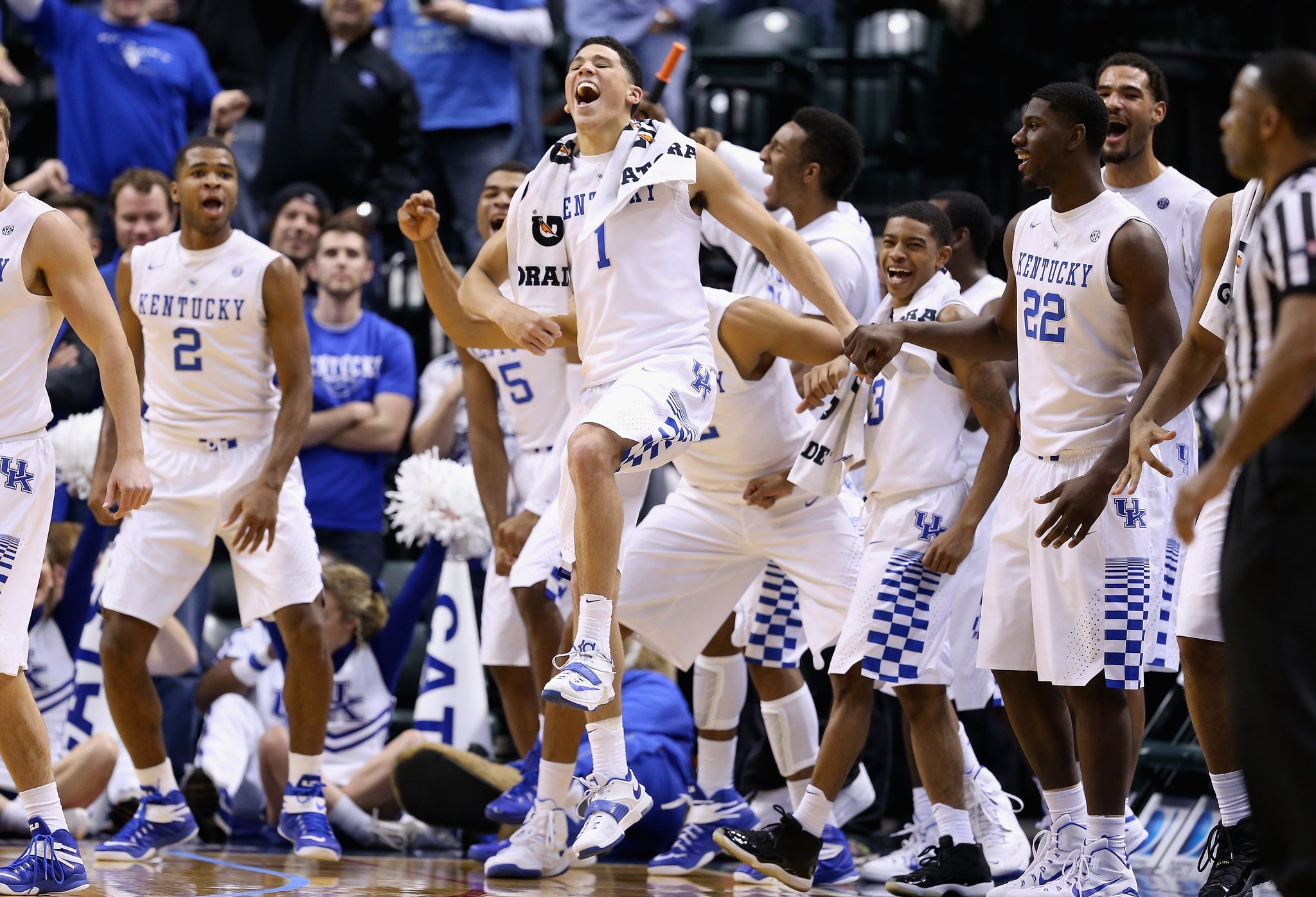 One of the best basketball moments of the Cal era came in Indy against an overmatched Kansas team. Late in the second half Perry Ellis caught a rebound right under his own basket. Normally, the big man would have immediately went up for the easy score. Instead he quickly moved the ball as far from the basket as he could as the Kentucky defense had broken his will. The entire game was a dominant performance and the first glimpse that UK was on another level defensively. The team was clearly having a blast and when it was over you knew we were all in for something special. 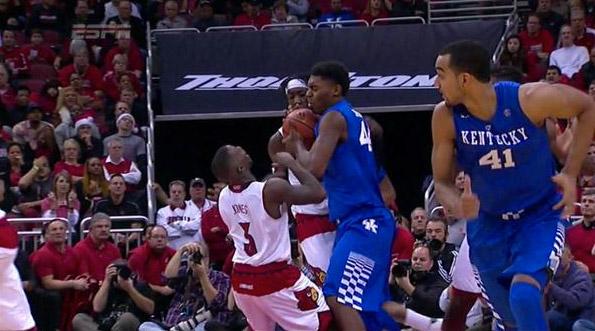 Kentucky and Louisville is always a highly anticipated match-up by this year’s game took that anticipation to a new high. Both teams undefeated and in the top 5. A rematch from last year’s sweet 16. Cal (6) V Pitino (1). The final chance for a team to give UK a loss before SEC play. The perfect recipe for a rivalry game capped off with a flop for the ages from Chris Jones. Whenever the Cards complain about fouls and the refs giving away the game all you have to do is show that flop. An amazing moment and an instant argument ender. L1C7. 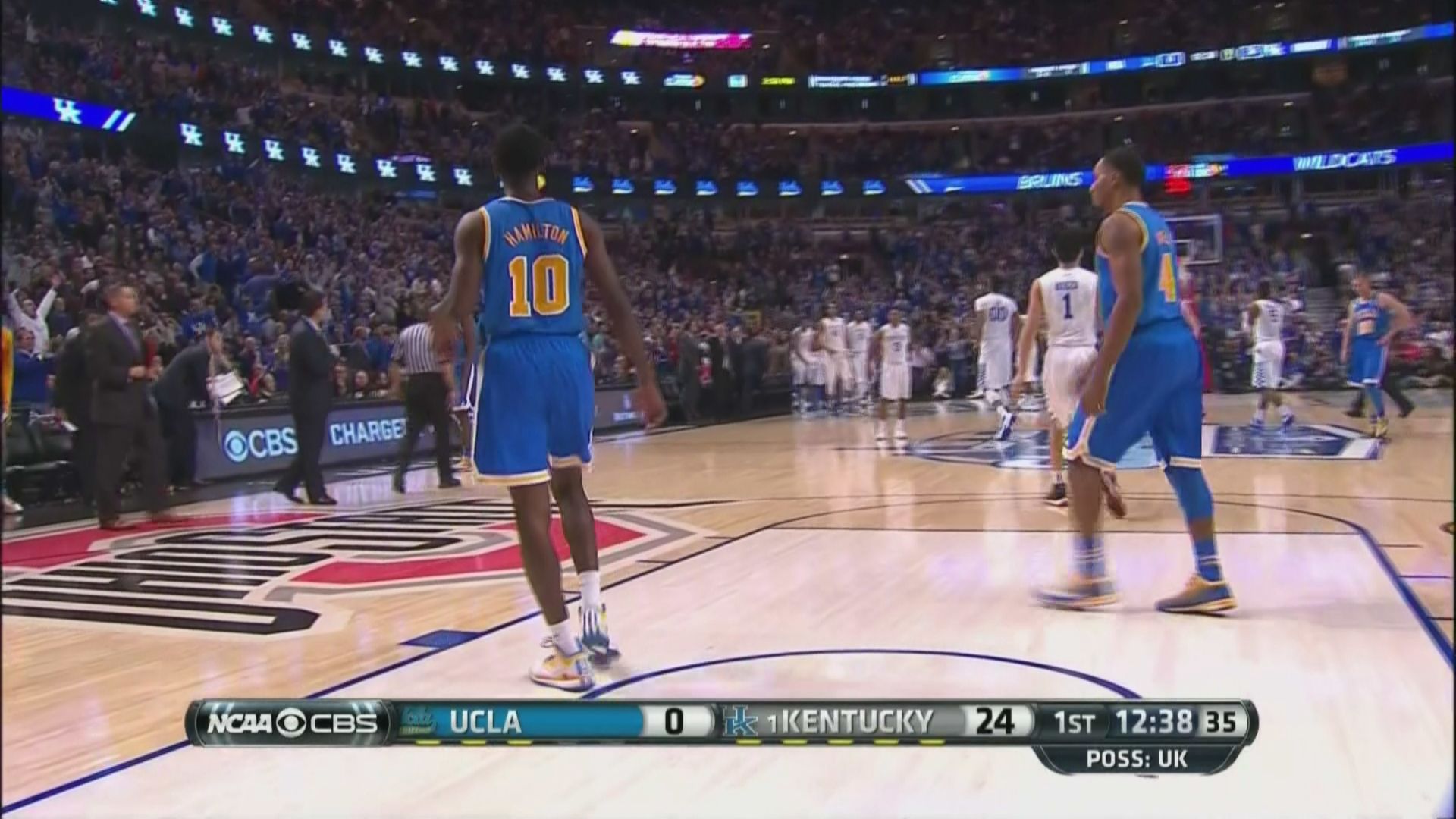 24-0. The perfect start to a game that we will all point to as one of the greatest perfromances on the court we’ve ever seen. It was complete domination from start to finish as Kentucky refused to give UCLA anything. It’s hard to imagine we will ever see a beating as thorough of a big 6 conference again.

Which moments have been your favorite so far this year?