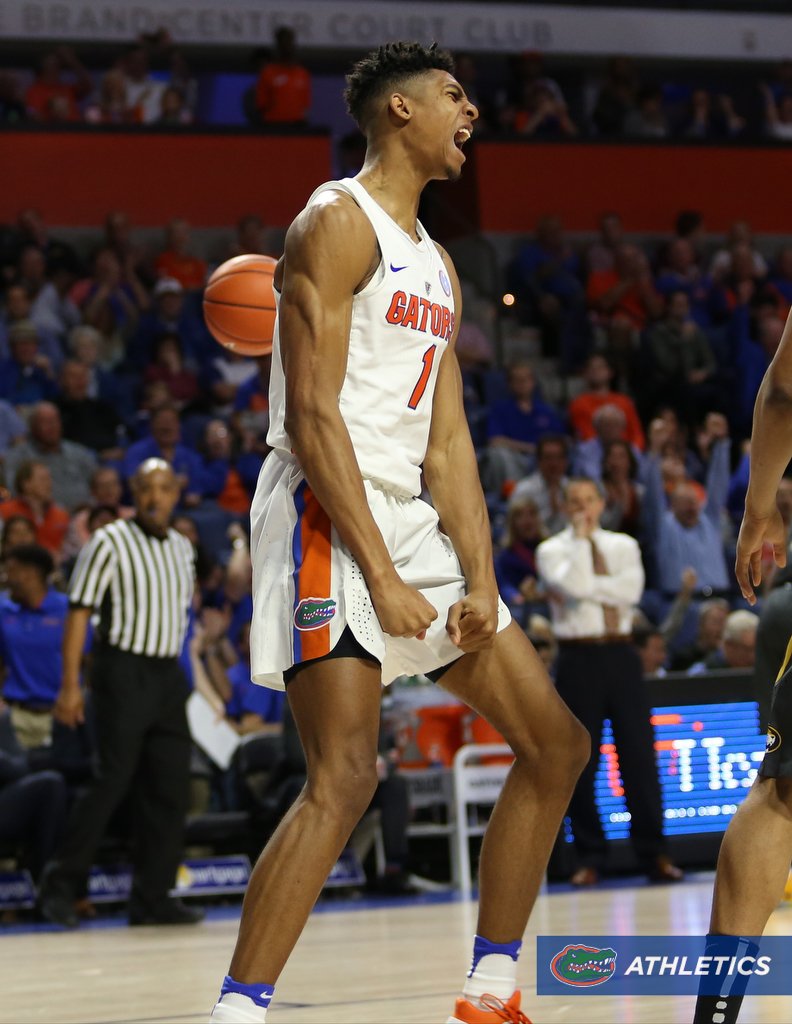 I didn’t watch the entire Florida/Missouri game last night, in part because I looked up at one point in the first half and the Gators were up 35-9. Florida went on to win 93-54, their third straight win by at least 30 points. How dominant were the Gators? Their backup guard, Chris Chiozza, got a triple double, finishing with 12 points, 12 rebounds, and 10 assists. Unfortunately, after struggling a bit a few weeks ago, the Gators seem to be clicking on all cylinders, just as Kentucky’s coming to town. Missouri head coach Kim Anderson likened last night’s rout to getting hit by a train.

“It was kind of like getting hit by a train,” Missouri coach Kim Anderson said. “They’re playing at a very high rate right now.”

So, is Florida that good or Missouri that bad? Considering the Tigers are winless in the SEC and have lost five of their last six by double digits, I’m going with the latter. Not only was last night Missouri’s 13th straight loss — a school-record — it was their 31st loss in a row on the road. Woof.

Back to Florida. Not only are they rolling right now, they’re going to pull out all the stops tomorrow night. “College GameDay” will be in town, and if this tweet from their official account is any indication, they’re planning quite the show in the renovated O-Dome:

Tipoff is at 8:15 tomorrow for #UFvsUK, trust us you will want to be in your seats early. #Gators #OneTeam pic.twitter.com/wAmqSfWKhn

We got this, right?

4 Comments for So, Florida looked really good last night (or is Missouri that bad?)