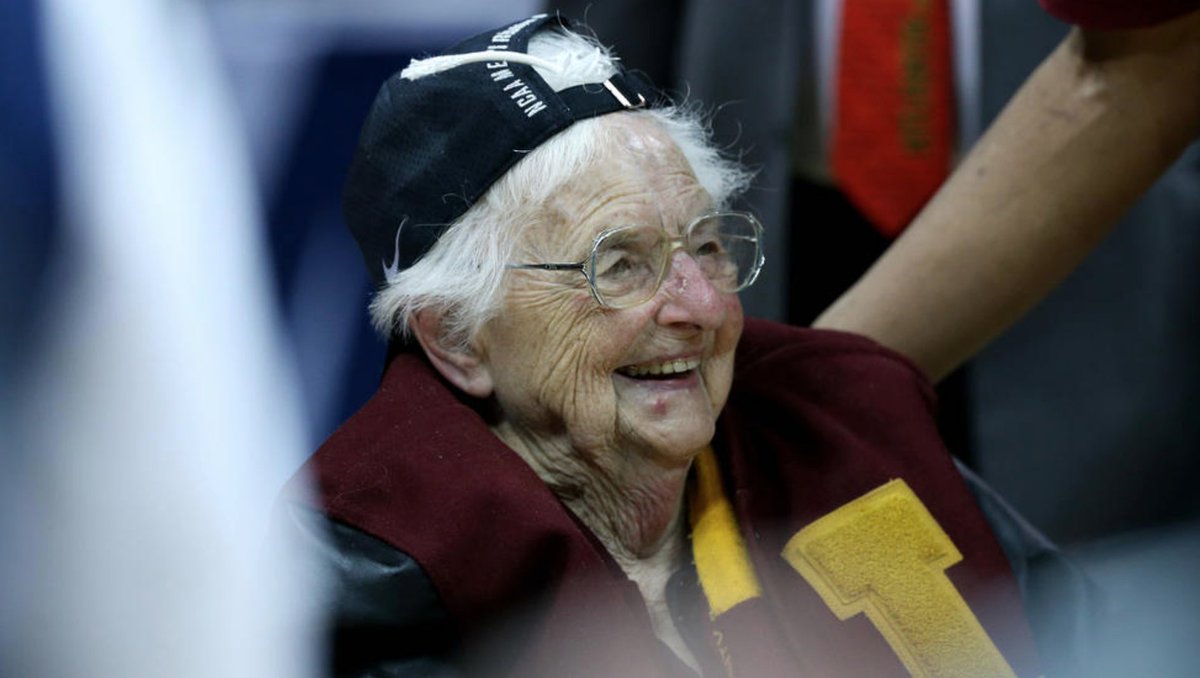 Because she’s the biggest star on the planet right now, Sister Jean held her own press conference at the Final Four today. The room was packed with media to capture her every word, seen here in this photo from Adam Zagoria:

This is the media avail for Sister Jean at the Final Four pic.twitter.com/L6gvFKWCh3

Anyway, Sister Jean got to talking about Loyola-Chicago’s Final Four and her meteoric rise to stardom, and then she gave her opinion on how God prefers his basketball. According to Sister Jean, “He’s more of a fan of the NCAA than the NBA because players aren’t paid.”

If true, and I have no reason to believe Sister Jean is wrong, I can’t imagine God is a big fan of how Louisville ran its program under Rick Pitino.