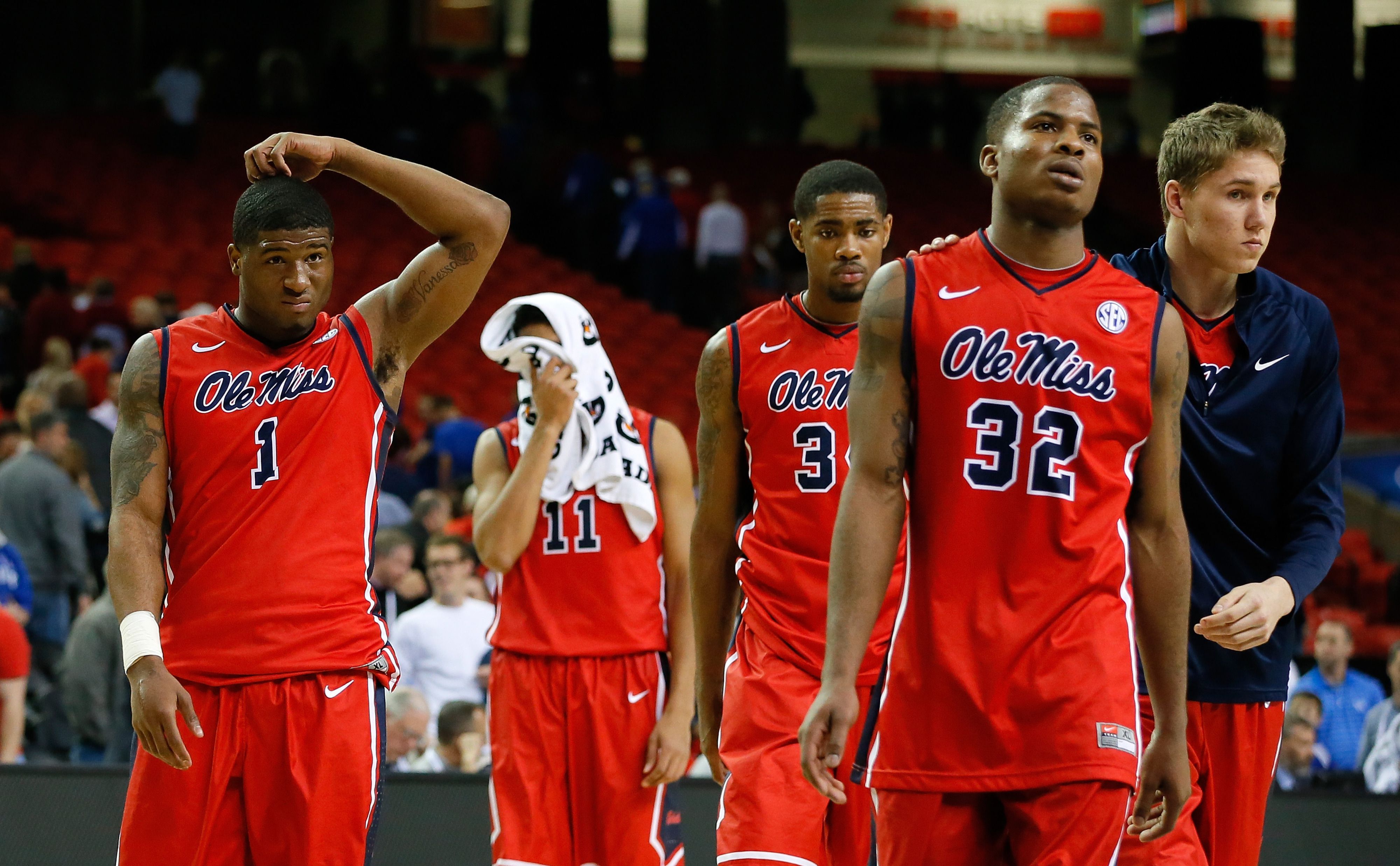 Basketball’s back! No seriously, it’s back. Tomorrow night. I swear.

After nine days of nothing but reading about Andrew Harrison and praying for Vince Marrow, Big Blue Nation will get to watch its favorite basketball team Tuesday night when Ole Miss comes to town. The conference opener is the Wildcats’ first home game since North Carolina on December 17 and Rupp Arena will be rocking for a taste of new blood.

So tonight, we’ll look ahead to the Rebels, as we do, so there are no surprises at tip-off. I don’t know how to tell you this, but, Marshall Henderson will not be walking through that door. And that makes things a lot less interesting.

Here they are anyway…

The most recent loss came on the road at Dayton, one week ago, while the other three were at home to Charleston Southern, TCU and Western Kentucky. Yeesh.

The Rebels’ best wins are Cincinnati, Creighton and at Oregon.

Of those 15 failed attempts at dethroning the king, 12 were against your University of Kentucky Wildcats. Its last attempt was a 15-point loss to Anthony Davis & Co. in 2012.

The Rebels rank first in ‘Merica from behind the foul line at 78.4 percent. They’ve hit 65 of their last 79 from the stripe and five players are shooting better than 80 percent, led by Stefan Moody at 92.2 percent, the best in the SEC.

4.) Jarvis Summers is back for a record eleventeenth season.

Ole Miss starting point guard Jarvis Summers is the Aaron Craft of the Southeastern Conference in 2015. If you’re to believe the Ole Miss media guide — which I don’t because they’re all a bunch of liars in Oxford; they can’t be trusted — Summers is a fourth-year senior. That is inaccurate and an investigation should be launched into his eligibility.

I remember Summers going back and forth with Keith Bogans in the 2003 meeting in the Tad Pad, and before that, if my memory serves me correctly, Kyle Macy intercepted a chest-pass from Summers to Elston Turner and took it coast-to-coast for a score in 1978. And who can forget the time Adolph Rupp put Vernon Hatton on Summers in the second half in 1957, and Hatton held him scoreless?

My point is Summers has been there forever and he’s back again.

5.) That young boyish-looking guy with the fabulous hair is back, too.

Sebastian Saiz is his name. The Spaniard is averaging over seven points and four rebounds off the bench for Ole Miss this season.

More importantly, his girlfriend is not ugly:

The Rebels needed two free throws from Stefan Moody to break a 66-66 tie with under one minute remaining in a home game with the Chanticleers. Ole Miss trailed by 13 at the half but clawed back behind 28 points from Ladarius White, another Aaron Craft Award nominee.

Not that Coastal Carolina is bad or anything.

When asked when and how he earned the nickname, White told the Clarion-Ledger, “I don’t know.”

8.) Andy Kennedy has the third-most wins in the SEC by a coach in his first eight years at one school.

John Calipari is six wins away from matching Kennedy’s 171 in only his sixth season at UK. Cal is on pace to shatter Pitino’s record of 219, assuming he stays three more years. (He will.)

10.) I’ll leave you with another photo of Saiz’s girlfriend because I completely lost focus after finding her…

I’m giving him a high-five during warmups tomorrow night.