It was a rough day for Roy Williams, but he was very humble in the postgame press conference, telling reporters that today, Kentucky was simply the better team. “They were far more superior on the defensive end than our offense was. They dictated what we did,” Roy said. “It was a man’s game out there today….They played better and coached better.”

What about Willie Cauley-Stein, who had 15 points and 6 rebounds? “He’s pretty doggone effective,” Roy said. “He effects the game in every way. He is a complete player.”

He is also Santa Claus: 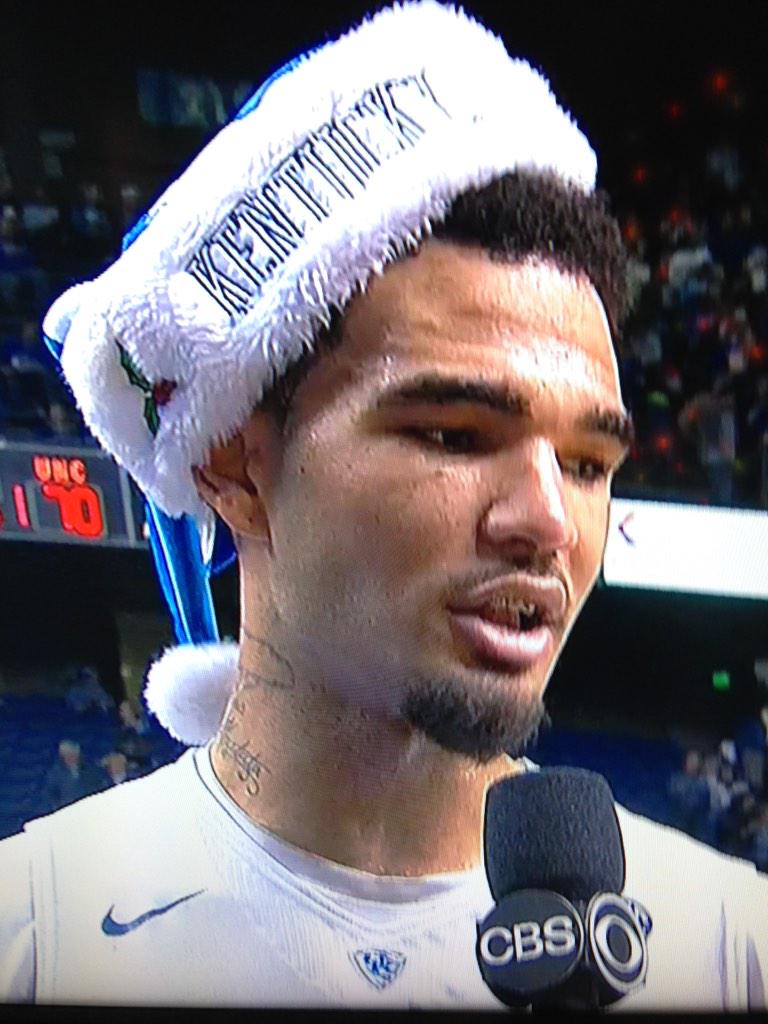 At the end of the presser, a reporter asked Roy what his third key to the game was, which drew this hilarious response. “Right now I’m too ticked off to think about any bullshit like that.” Go get yourself a milkshake, Roy. That is hilarious.