Over the years, wearing an orange blazer in games vs. Kentucky and Vanderbilt has been a thing for Tennessee basketball head coaches. Ray Mears started the tradition in the 1970’s and Bruce Pearl, Cuonzo Martin, and Donnie Tyndall kept the tradition up; however, for the first time since 2005, Tennessee’s head coach won’t be in orange for tomorrow night’s game vs. Kentucky. A few weeks back, Rick Barnes said he won’t wear an orange sports coat on the sidelines for Tennessee’s rivalry games.

“I appreciate tradition, but I don’t want this program to ever be about me,” Barnes told reporters. “I don’t want people coming to the game wondering if I’m going to wear an orange blazer, or a tie, or not a tie.”

Barnes said the only way he would wear an orange sports coat is if it could be auctioned off for charity afterwards, but really, he wants the game to be about his players, not himself.

“I don’t want anybody to think I’m disrespecting anything,” Barnes said. “It’s not any of that. We want to take this program to the highest heights it can go, and I think it can go to the top. And when it is I still want it to be about the University of Tennessee and the players, because they’re the one that are going to get it there.”

After seeing the last guy wear orange, do you really blame him? 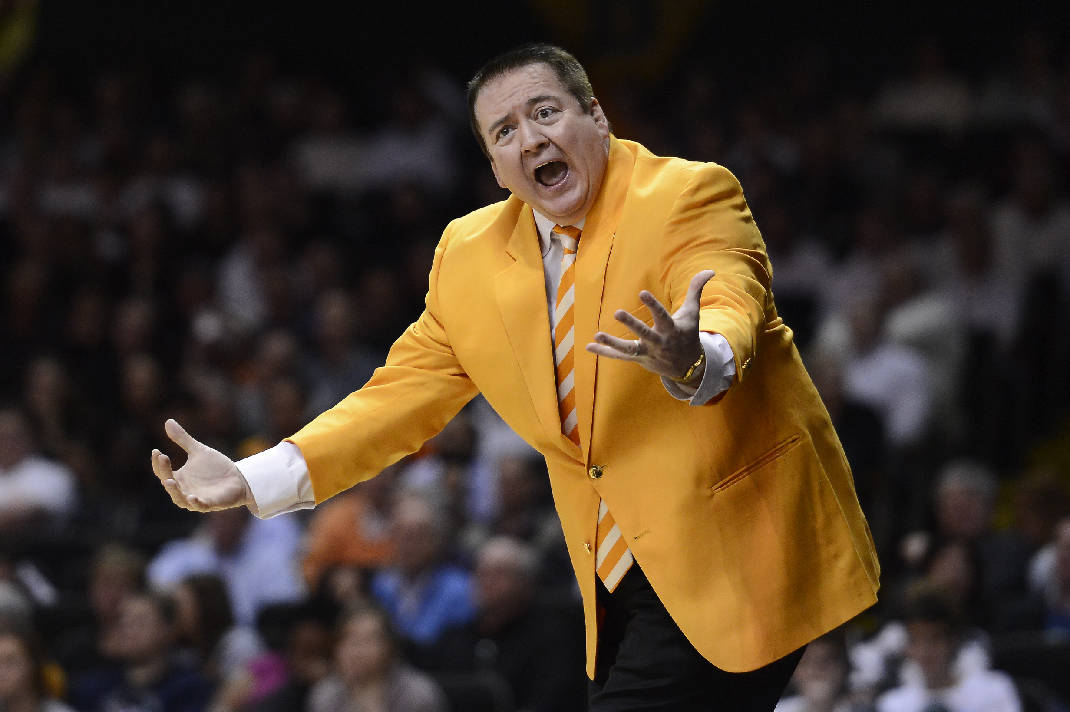