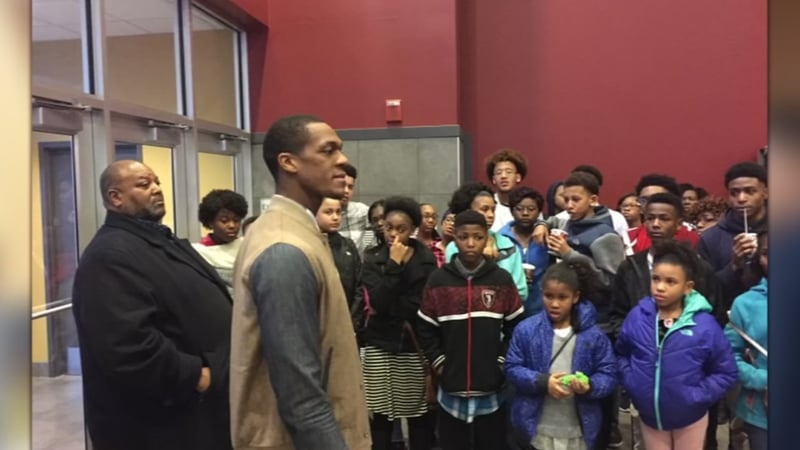 This weekend, former Wildcat Rajon Rondo took over 300 students in Louisville out to go see the new Black Panther movie.

Rondo, a Louisville native, did this kind gesture as part of his”Assisting Youth Foundation,” where he bought the movie ticket, popcorn, and a drink for each individual.

The price of admission for the kids? An essay on the historical events, people, or places in Black History to celebrate Black History Month.

“He congratulated us all for coming, read through some of our papers, shook all of our hands, and took pictures with all the kids,” said MJ Romaine, a Central High School student.

“I was happy to put a smile on kid’s faces,” said Rondo. “I didn’t grow up in a two-person household, and a lot of these kids don’t. I can relate to some of these kids in those ways. There are some nights you’re on your own and you don’t know who is there or who’s willing to help you.

“(Rondo) is not doing this to gain notoriety,” Rondo’s high school basketball coach, Doug Bibby, said. “He’s doing this because he cares for the community.”

Non-profit groups Nerd Louisville and Wibby’s Foundation have decided to follow in Rondo’s footsteps, and are combining to send nearly 200 students from West Louisville to a Black Panther screening in the coming weeks.

Check out the entire package from WDRB, featuring more from the former Kentucky point guard: