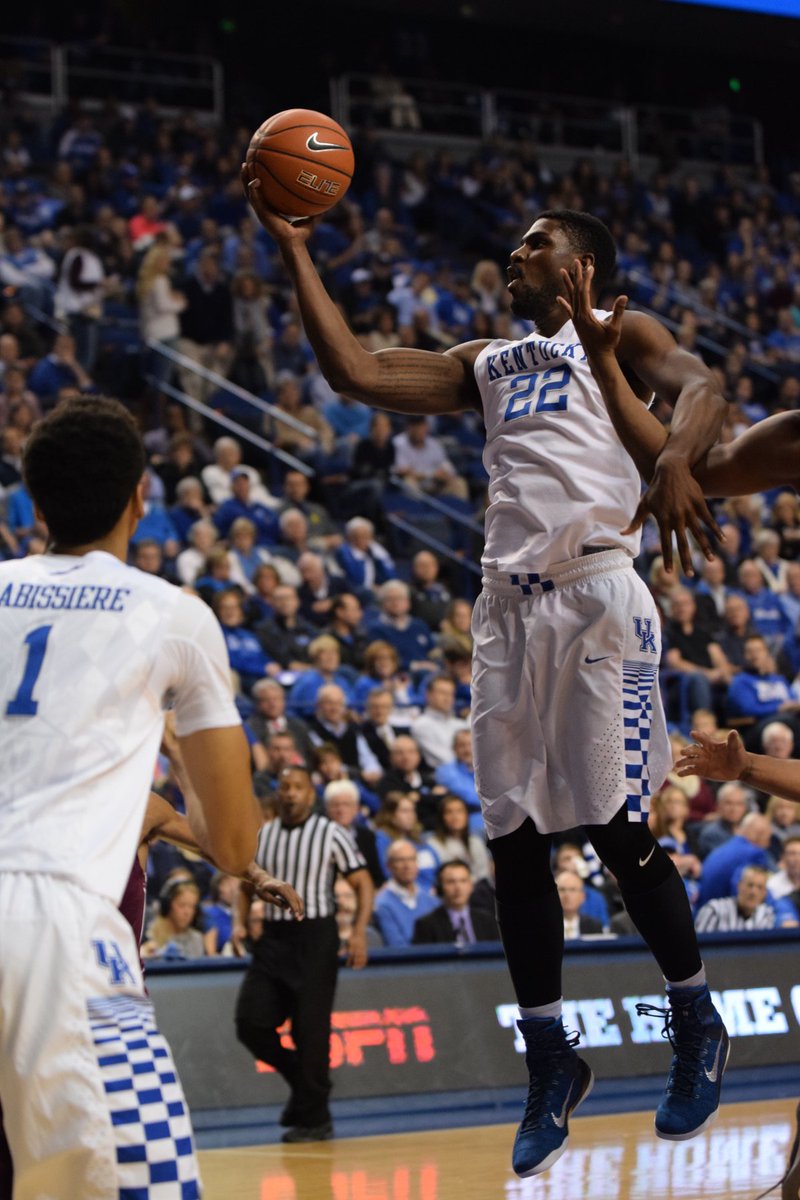 Alex Poythress recorded his third double-double of the season and the fifth of his career with 21 points and 13 rebounds against the Colonels. It was his most efficient game in as long as I can remember, as he was able to finish at the rim and make the put-back basket he often can’t get to fall. Poythress finished 9-of-12 from the field, and hit all three of his free throws for good measure.

“He was the difference maker,” said Dan McHale, Eastern Kentucky’s head coach. “He is a pro when he wants to be. When that motor clicks and he starts playing at the speed he played tonight, he is very tough to guard. He is jumping off trampolines and finishing in traffic — he’s a special, special player.”

John Calipari, on the other hand, refused to comment in depth about Poythress’ MVP performance. Coach Cal called his senior “outstanding” with a “near perfect game,” but then diverted any further questioning about Poythress to Poythress himself.

That is Cal’s way of saying he doesn’t know why Poythress can be so good one night and disappear the next. He wants Poythress to explain it, so he can find out, too.