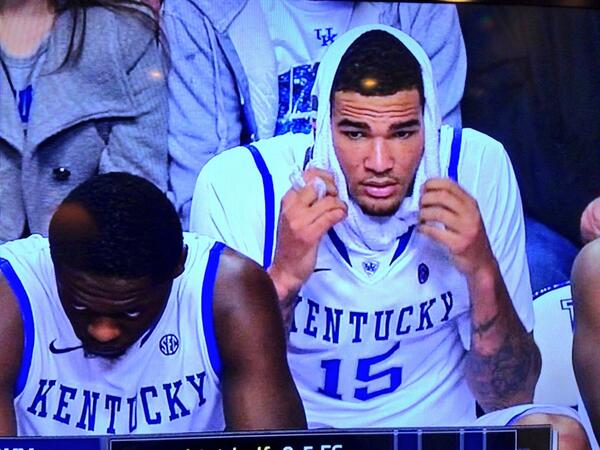 The Cats appeared a little rusty after a long lay off and a week of Camp Cal. Mississippi State gave Kentucky all they could handle early, but Kentucky found its groove in the second half behind inspired play from Alex Poythress, Dakari Johnson and James Young. Hawkins, Johnson and Poythress gave the Wildcats a huge spark off the bench, and James Young led the offense all night long on the way to a double-double (26 points, 10 rebounds, 5 assists). Johnson chipped in solid minutes as well as point production, finishing with 8 points. Perhaps the star of the second half though was Poythress, who dunked everything thrown his way, roaring to 12 points.

Kentucky put the Bulldogs away starting around the 12 minute mark of the second half and never looked back. Kentucky turned an eight point game into a blowout, including a number of highlight reel dunks. Kentucky moves to 1-0 in SEC play.