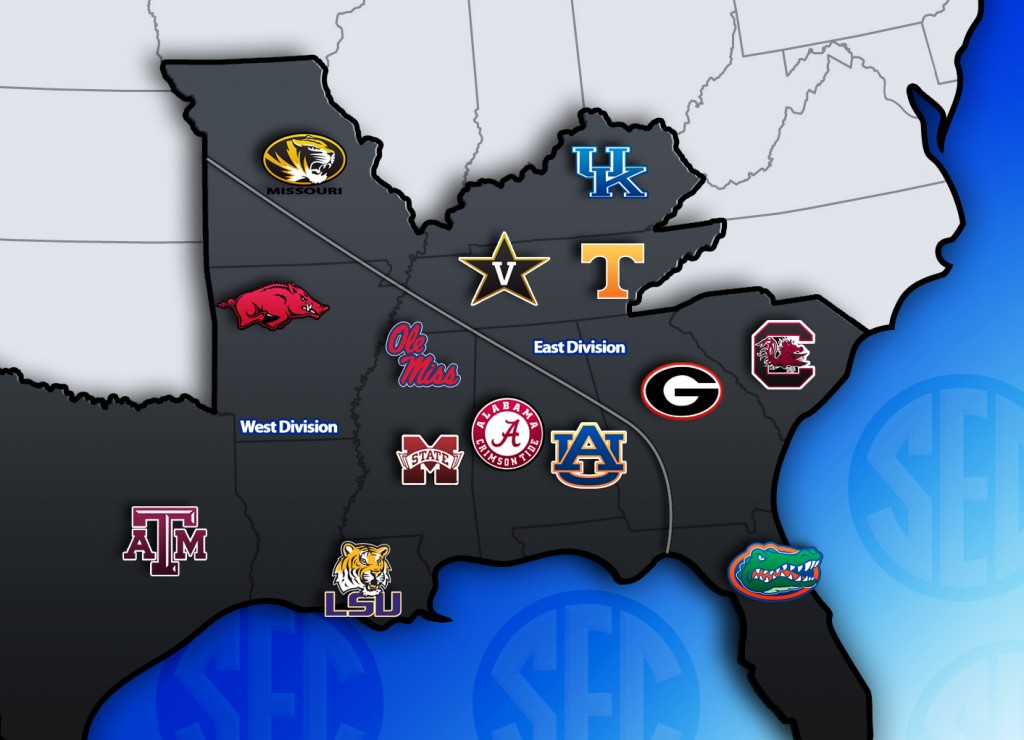 With Saturday’s win over the defending champs Kentucky now moves on to conference play and perhaps a much easier road than the last thirteen games. Over the past few years the SEC has been abysmal with only UK and Florida as consistent contenders. This year it’s more of the same but you never know what can happen when you go into a hostile road environment. Here’s how I rank the teams of the SEC heading into conference play:

The Tide have played the 8th toughest schedule in college basketball and the record shows. Anthony Grant will need to find some magic in his fifth season in Tuscaloosa or he could find himself looking for a new job this April.

The most intense man in sports, Frank Martin, needs some time to bring in players that can make an impact at USC. Still you can’t lose by 6 to South Carolina Upstate. They picked up a solid double digit win tonight against Marshall but I don’t see them finishing very highly in the SEC.

Near the bottom of the SEC you have a bunch of three loss teams indistinguishable from one another. They lose to teams like Utah State, Northwestern State, and SMU.  They have no chance of making much noise this year in the SEC or otherwise.

Marshall Henderson continues to get buckets but he definitely isn’t getting much help in Oxford. The Rebs are currently in our state playing a tight game against WKU. This season the tourney champs will likely play gatekeeper between the elite teams ant the cellar dwellers.

The Vols were firing on all cylinders tonight as they beat Virginia by 25. A super talented team may have finally got it all figured out heading into the new year.

Is there anyone in the state not looking forward to Anthony Hickey being guarded by Dominique Hawkins? No? I didn’t think so. Beyond the match-up of two great KHSAA sweet sixteen players we get to see Julius take on the SEC’s favorite irishman Johnny O’Bryant. The game in LSU will be a major challenge for the Cats.

Another year and another perfect home record for the Arkansas Razorbacks. The Cats will have their hand full when they travel to Bud-Walton two weeks from tomorrow to take on the high scoring offense of the ‘backs.

Mizzouri  is back inside the top 25 at number 25 following another win over the weekend. The Tigers have only lost once this season and have a quality win over UCLA.  Whether or not the Tigers can continue the hot streak into SEC play remains to be seen. As of now Frank Haith looks to have a contender in Columbia.

The Gators have looked really good over the past few weeks and have all the tools to give the Cats problems. Tough big men have given the Cats fits all year long and the Gators have one of the biggest in Patric Young. With Chris Walker potentially joining the squad next semester the February 15th game with the Cats could be one of the series all time best.

Following the win over the Cards the Cats are once again looking like the class of the SEC. Kentucky has a legit chance to make it through January undefeated with the only tough games coming on the road at Arkansas and LSU.

Will Kentucky easily win the SEC crown or do you think they could drop 3 or even 4 games?

37 Comments for Power Ranking The SEC