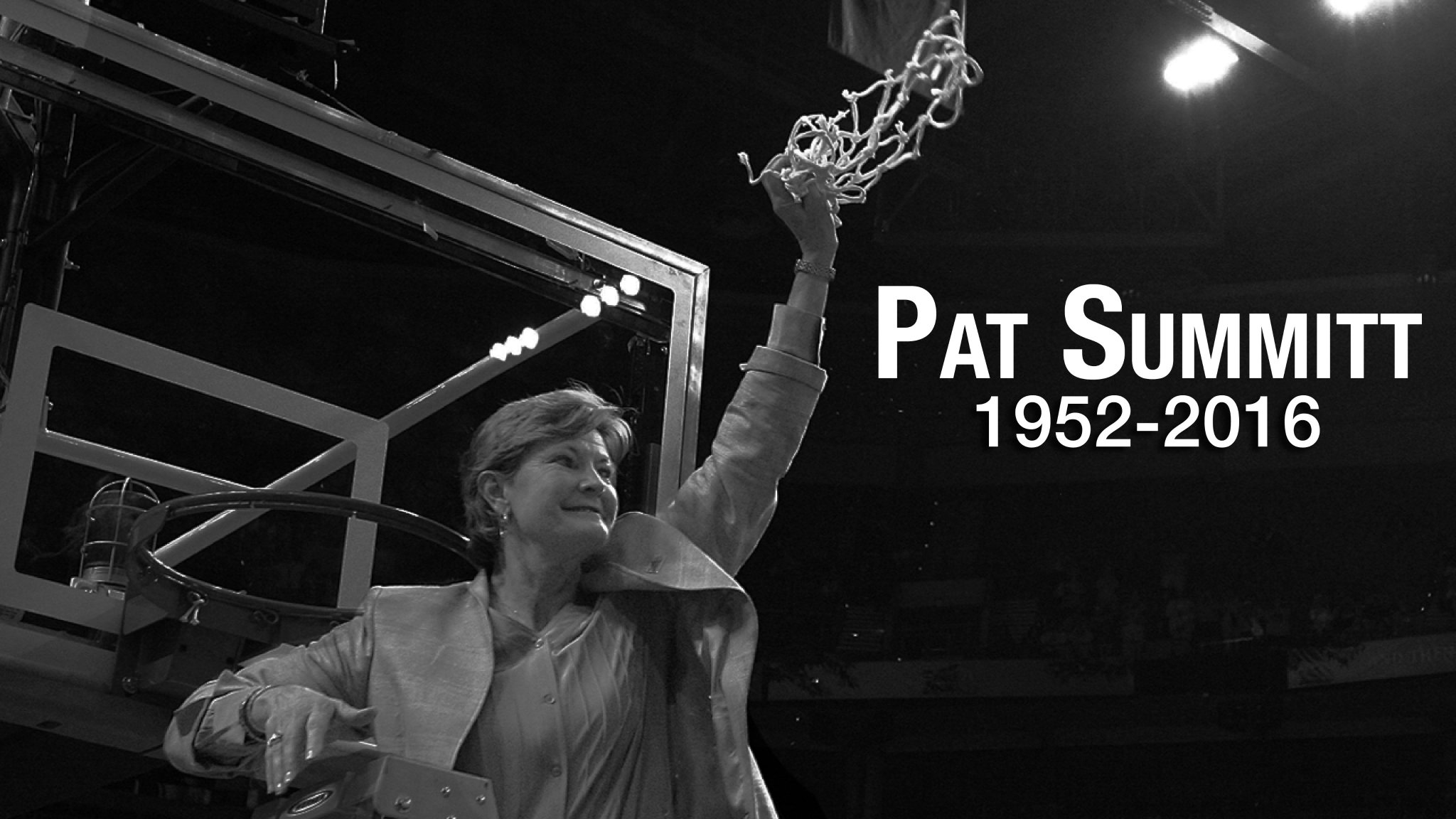 Today, the world woke up to the difficult news that Pat Summit passed away early this morning after a difficult battle with Alzheimer’s disease. Summitt was an absolute legend in the sport of women’s college basketball, leading the University of Tennessee to eight national titles and 1,098 wins, the most by any Division 1 basketball coach, male or female. With Summitt at the helm, the Lady Vols made an unprecedented 31 consecutive appearances in the NCAA Tournament, including 18 Final Fours. More importantly, she helped lay the foundation for women’s college basketball. When she became head coach at Tennessee in 1974 at the age of 22, the NCAA didn’t even recognize the sport; Summitt put women’s basketball on the map, blazing the trail just as John Wooden did for men’s basketball at UCLA. At the beginning of her career, she made $250/month and drove the team van herself; by the end of her career, her salary was $1.25 million/year. What a woman.

In 2011, Summitt announced she’d been diagnosed with early onset dementia, Alzheimer’s Type, but refused to let the disease win, attacking it with the same competitiveness she did her opponents. She coached one more season at Tennessee before stepping down, leading the Lady Vols to their 16th SEC Championship under her reign. From there, she retired to face her greatest foe.

Our thoughts go out to Pat’s family, friends, and colleagues, including Matthew Mitchell, who began his college coaching career as a graduate assistant at Tennessee under Summitt in 2000. Not only has college basketball lost a legend, the world has lost one of its classiest individuals.

Her spirit summed up in one quote: 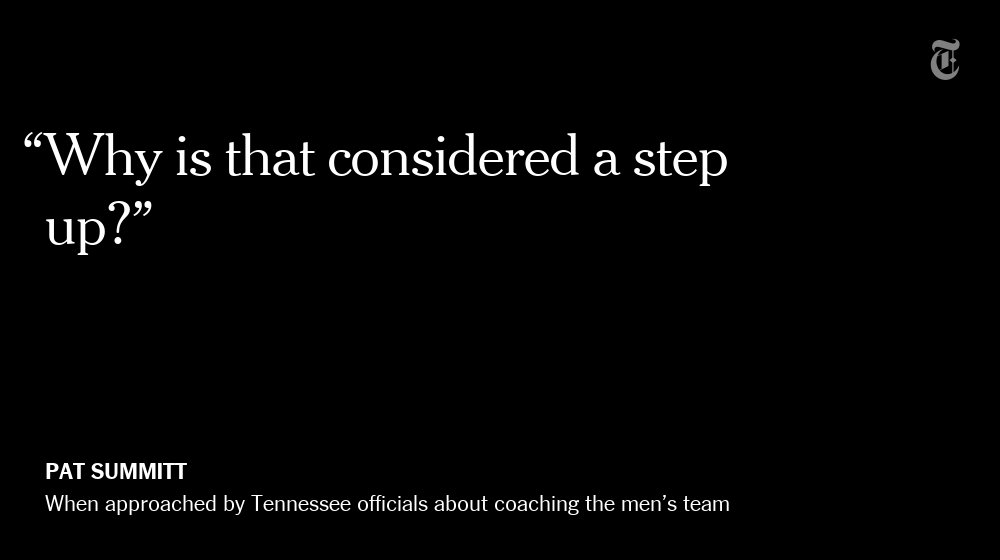 On a morning in which we also lost NFL coaching legend Buddy Ryan, there’s no easy way to segue from this, but we’re going to try…

UK got a commitment from a 3-star WR last night

Prayers goes up to the most High I'm excited say that I have committed to the University of KentuckyðŸ”µâšªï¸ #Go Wildcats pic.twitter.com/uJ8q5LOOrc

Long way until Signing Day, but welcome to the fam, Josh.

ICYMI, John Robic gave us some great scoop on this year’s team

Robic filled in for John Calipari on yesterday’s SEC Summer Teleconference, and gave fans plenty of encouraging quotes about next year’s group, specifically the freshmen.

“I think it’s a hungry group that is really, really getting along very well right now, which is really encouraging to see so early,” Robic said. “They’re a great group of young men that are really, really talented – very, very athletic. We have really good size with this group that is in here right now. You can really tell a difference in the size of our team with the addition of the freshmen class. What it’s done is made the workouts and the practices much more competitive, especially near the rim.”

My son is growing up so fastðŸ˜¢. My first Father's Day ever and spending it without him ðŸ˜‚ðŸ˜‚. #Dash #pomsky #pomeranian #husky #missinghim

Lots of life changes happening for the newest Sacramento King, including getting a dog. Meet Dash, Skal’s new puppy. Dash is a Pomsky, a cross between a Siberian Husky and a Pomeranian, a breed Skal said he picked because they are “good looking, smart, and easy to train.”

Lots of Cats in Sacramento, and now, lots of Cats with dogs. Here’s hoping Willie Cauley-Stein invites Skal and Dash over to play with his pups, Benji and Brodie.

Iceland pulled off one of the biggest upsets in European football history yesterday, beating England 2-1 to advance to the Euro quarterfinals. Most people are focusing on England’s embarrassing collapse, but how about Iceland, a country of 330,000 that’s undefeated in its first major international tournament? On Friday, they’ll play France, and I’d argue most of the world will be on their side.

It’s been a depressing morning, so let’s listen to Icelandic commentator Gudmundur Benediktsson’s calls from the game, starting with their second goal:

And after the score was final:

â€œYou can leave Europe! You can go wherever the hell you want!â€

Where in Kentucky is KSR?

That’s the question everyone is asking this morning. Yesterday, Matt and Ryan kicked off this year’s summer tour in Danville, and today, they’re surprising another town in the Bluegrass with an appearance. Need a hint? The town is less than an hour from Louisville and does NOT have a KSR affiliate.