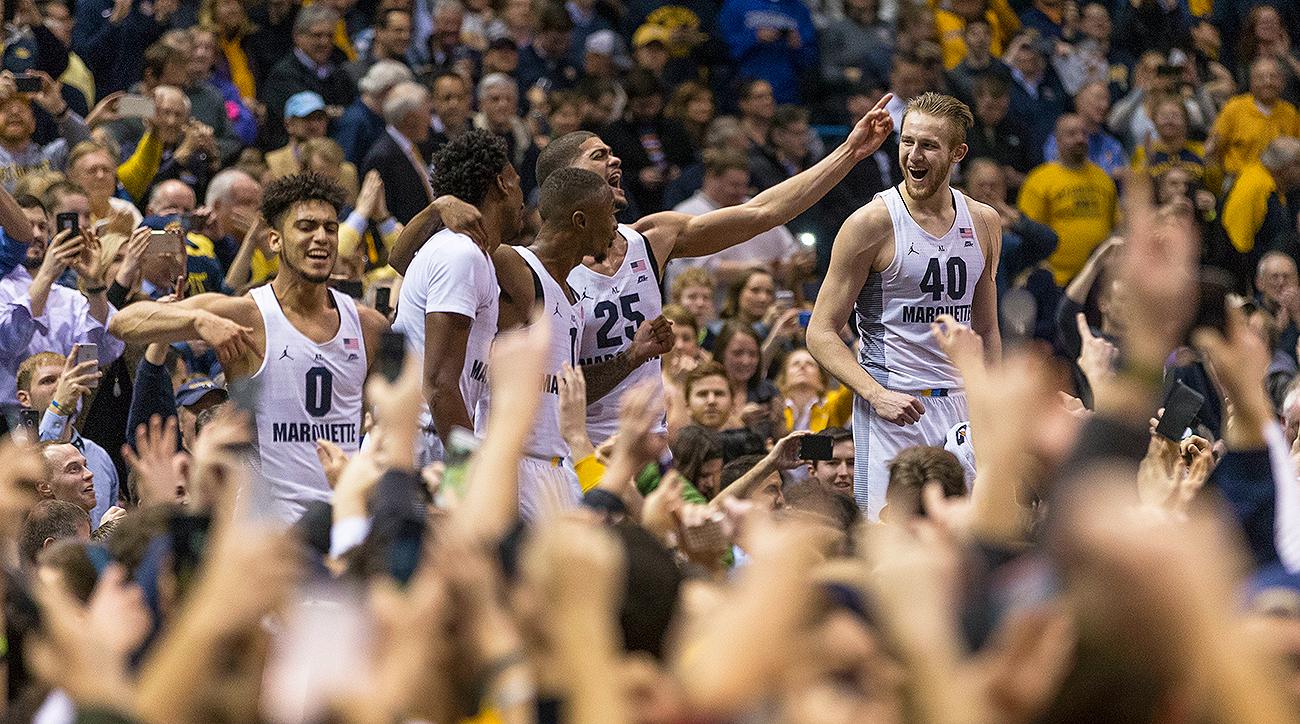 Tuesday night was a rough night for some of college basketball’s best teams. Of course, we saw our beloved Kentucky Wildcats drop one to a middle-of-the-road Tennessee team in Knoxville, but there were a couple more upsets atop the rankings that sent other fan bases to bed with basketball heartbreak.

We’ll start at the top where No. 1 Villanova blew a 17-point lead to Marquette. The sport’s top-ranked team in the polls was handed its second loss of the season after holding a 17-point lead. The Golden Eagles roared back from the big deficit to the defending champs to pull off the upset win in the final minute. Court storming ensued.

Then in the Big 12, No. 2 Kansas got killed by West Virginia. The team set to take over Villanova’s top spot next week (theoretically) blew that opportunity by losing to the Mountaineers by 16 points. The second-ranked Jayhawks snapped an 18-game winning streak and the defeat resulted in a $25,000 bonus for Bob Huggins. Huggins’ beat-Kansas bonus has now earned him $100,000 in four years and he puts that money directly toward cancer research, in honor of his late mother.

Combine those two with Kentucky’s bed-crapping at Tennessee and last night saw three of the top four teams go down. The rough night for the best in the polls only means college basketball lacks an elite tier at the top. All four one-seeds are still in play.

2 Comments for Other top teams lost last night, too