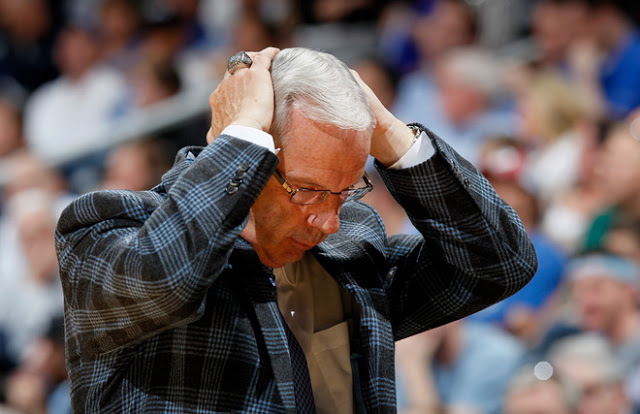 Alex Poythress was hit the hardest in this situation, obviously, but I can’t help but think North Carolina will feel a great deal of pain from Alex’s torn ACL, too. I think the Tar Heels are in for a beatdown in Rupp Arena tomorrow afternoon at the hands of a newly-inspired Kentucky basketball team.

Sure, UK loses a ton with Poythress out for the season. He’s capable of making plays that no one else in the country can match and he was really coming into his own as a defender and aggressor on the glass and those 50/50 balls Cal stays on him about. Alex was really playing well in a position of need for the Cats right as he was dealt this bad hand, no doubt.

But if any good can come out of this, it’s that his teammates now have something to play for — and that’s scary. The biggest concern this season is the team “getting up” for every game and avoiding the boredom that can come with being young and dominant. Now they have new motivation in the form of their big brother, the team veteran and Sports Illustrated cover boy, Alex Poythress. He’ll be right behind them in street clothes, pushing them along the way.

There’s no question UK will feel the effect of losing Poythress as the season moves on and they’ll play games where his absence makes a big difference. But for North Carolina, you can throw matchups out the window. The Cats will be playing for their brother and I pity anyone who has to go up against a pissed off set of Harrison twins, Willie Cauley-Stein, Dakari Johnson and the like.

Get ready to see an inspired group of Wildcats tomorrow.

Good luck with that, UNC.