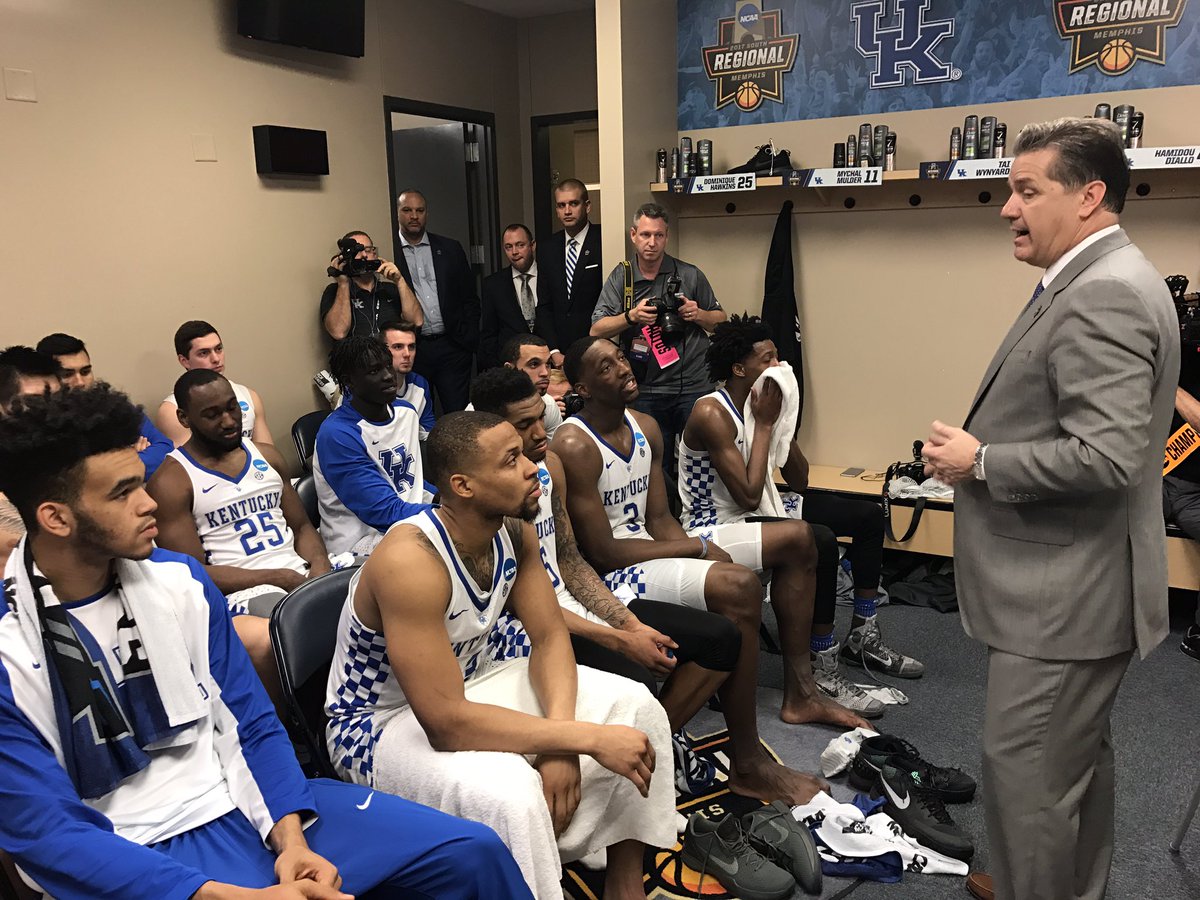 Kentucky just beat UCLA by 11 to advance to the Elite Eight, but judging by the locker room, you’d think it was just any normal day. According to Dominique Hawkins and Bam Adebayo, there weren’t any wild celebrations in the locker room after the game because the Cats expected to win.

“It was business as usual,” Dominique said. “We’re just ready for the next game, and we’re going to go back and watch film on North Carolina.”

“Business as usual,” Bam echoed. “We can’t celebrate too long. We’ve just got to go out and look forward to the next game.”

There are only so many postgame locker rooms left for Dominique Hawkins, who says he’s doing everything he can to ensure his career at Kentucky ends with a celebration. Both he and Derek had huge plays tonight, combining for 19 points, including five threes. Everyone raves about Kentucky’s freshmen (and rightly so), but right now, it’s the seniors coming through in the clutch.

We know that once we’re on the court, we’re able to make big plays,” Dom said. “Everybody tells us when we go out there, play our game, be confident when you get the ball and shoot it.”

Does Dominique ever feel the need to remind his teammates that the clock on his (and Derek and Mychal’s) Kentucky career is winding down?

“Nah, I don’t need to pep talk these guys. They know how big these games are and these freshmen are growing up quickly.”

5 Comments for No celebrations in Kentucky’s locker room, just “business as usual”