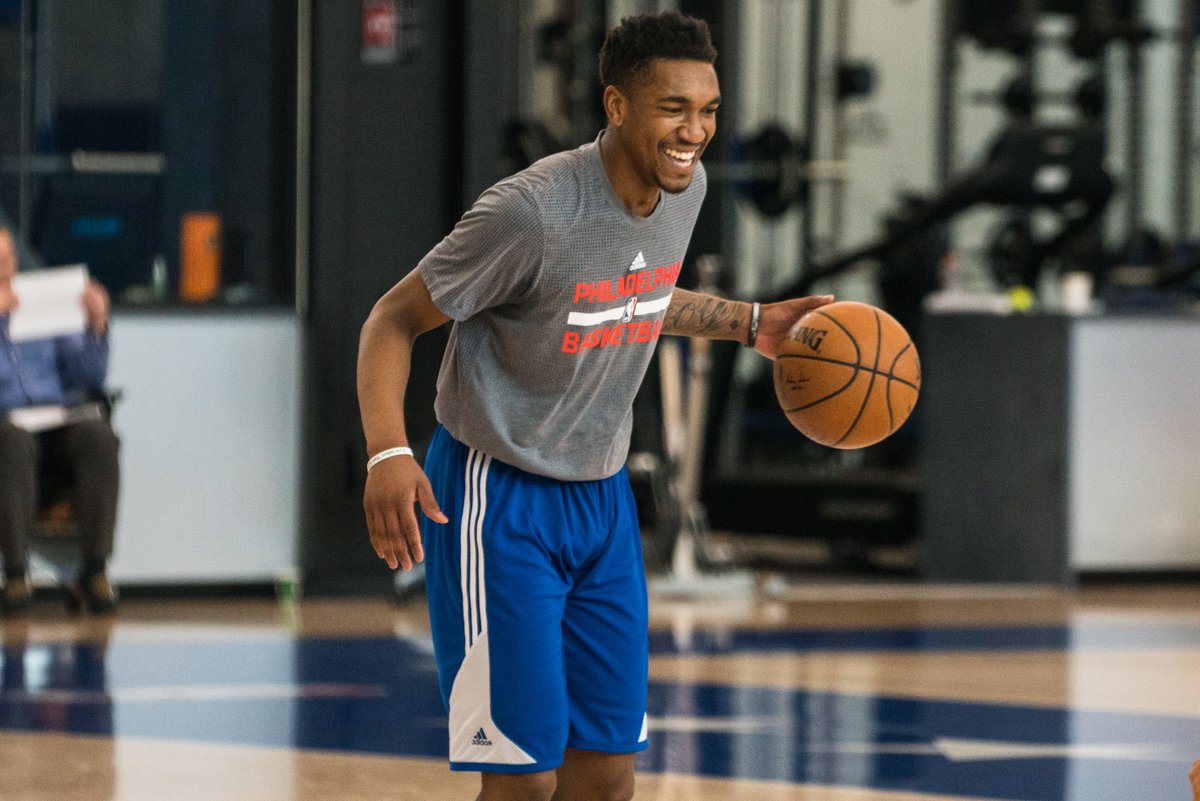 We take a break from tap dancing on Louisville’s misery today to update you on one of Kentucky’s future lottery picks.

Malik Monk had his private workout in Philadelphia on Thursday and it went well, according to several people in attendance.

Malik Monk today at his workout with the Sixers.
pic.twitter.com/JYrk2PvVnS

Monk said afterward that he would be a “great fit” to play alongside Ben Simmons in the Sixers’ offense. When asked what skills he would bring to the table, Monk simply said, “Everything.”

Malik Monk in Philly today working out for the Sixers pic.twitter.com/Js4tufIq7f

See more from his workout here: