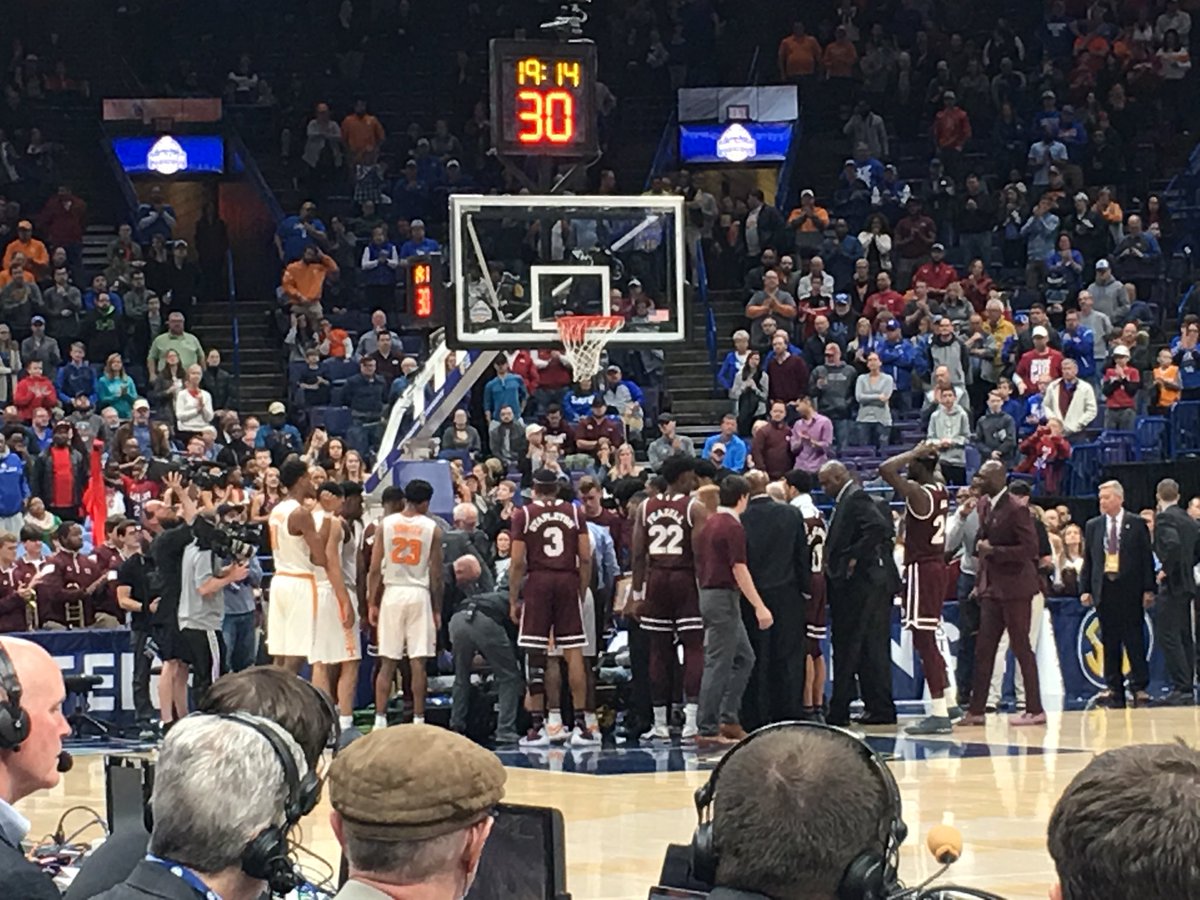 In the Tennessee vs. Mississippi State matchup, Bulldog guard Nick Weatherspoon was knocked unconscious and taken off the court on a stretcher. He has reportedly been taken to the hospital.

On the play, Weatherspoon fell to the ground after a layup and stayed there with an apparent hip injury. Play continued as Weatherspoon stayed under the basket, and following a steal on the other end of the floor, two players landed on Weatherspoon’s head. Weatherspoon’s brother was one of the individuals near the action.

Here is the incident:

This was the scene after the injury.

Weatherspoon was eventually placed in a neck brace and stretchered off the court…. pic.twitter.com/4jWBurZSBy

When he got to the hospital, doctors confirmed it was a neck injury.

.@Nick_Gotti0 has been taken to Barnes-Jewish Hospital with an apparent neck injury. #prayers #HailState

Why would the officials allow play to continue? How could they see the play develop with a player still under the basket and allow the inevitable to happen? Absolutely disgusting.

This goes without saying, but prayers up for Nick Weatherspoon.