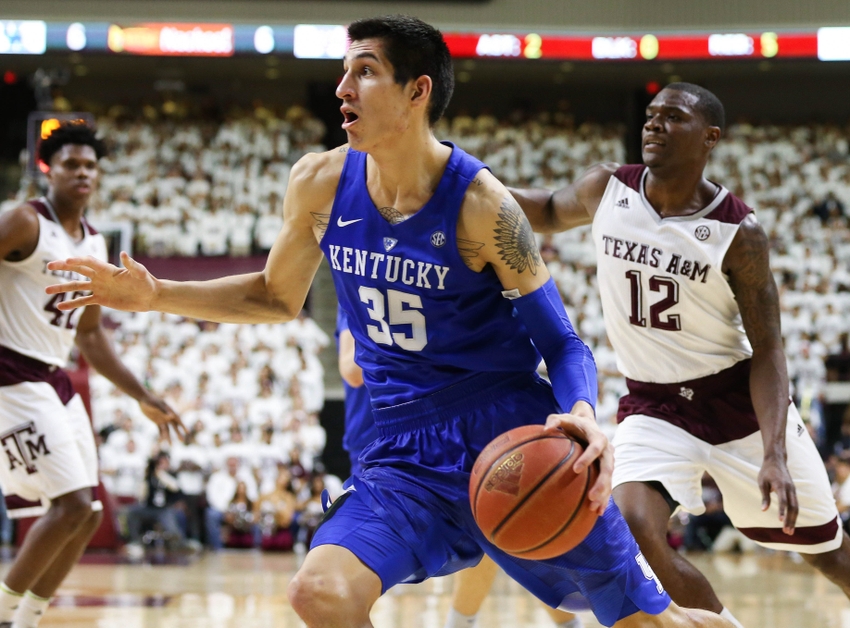 Derek Willis proved against Ole Miss he’s always willing to lend a helping hand.  Needing one rebound to complete an elusive triple-double, Derek Willis told Isaiah Briscoe, “I got you.”  Well, those weren’t his exact words.

“Zay had said something after I think we had lost the ball. The ball had went out of bounds and we ended up getting the ball back. He said something about how he needed another rebound,” Willis said in yesterday’s meeting with the media.  “I was shooting free throws and just pointed at him to go that way (left) and then I just tried to bank it and missed real bad and it kicked out to him so he could get a triple-double.”

Willis said it was just a good bounce, but it may not be the last time you see a good miss from Willis.  An 85% career free throw shooter, Willis said he might start practicing misses.

“We’ve been practicing free throws a lot too, and I was almost thinking about practicing missing free throws.”  It’s a task that could be extremely important in the future.  “It could be a circumstance of where at the end of the game you want to hit it at the right point to get it back. It could be a thing.”

See everything Willis and Tai Wynyard had to say before tonight’s game after the jump.