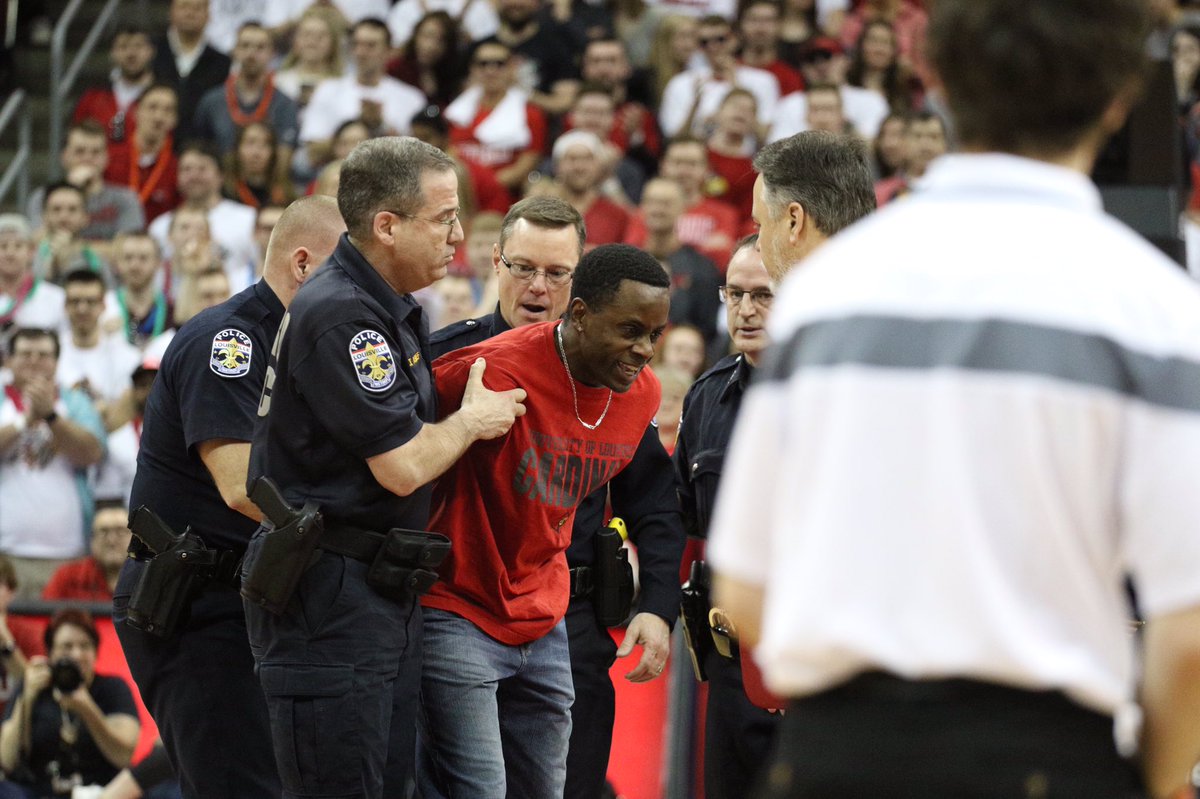 Louisville fan Randall Burton turned 31 years old today.  He decided he wanted to spend his birthday on the floor of the Yum! Center, then in jail.

During a timeout, Burton shoved aside a Ladybird, then tried to enter the Miami Hurricanes’ huddle.  “There was a little bit of a commotion in our huddle,” Miami coach Jim Larranaga said. “I glanced up, and there was someone there in our huddle, I believe in red.  We don’t normally wear red.”

Burton sprinted away from the huddle toward midcourt where he was tackled by security guards.

Video of fan being removed from court pic.twitter.com/Rnb6YyeUzB

Burton was charged with fourth degree assault, disorderly conduct, terroristic threatening and trespassing.  That’s one hell of a way to celebrate a birthday.