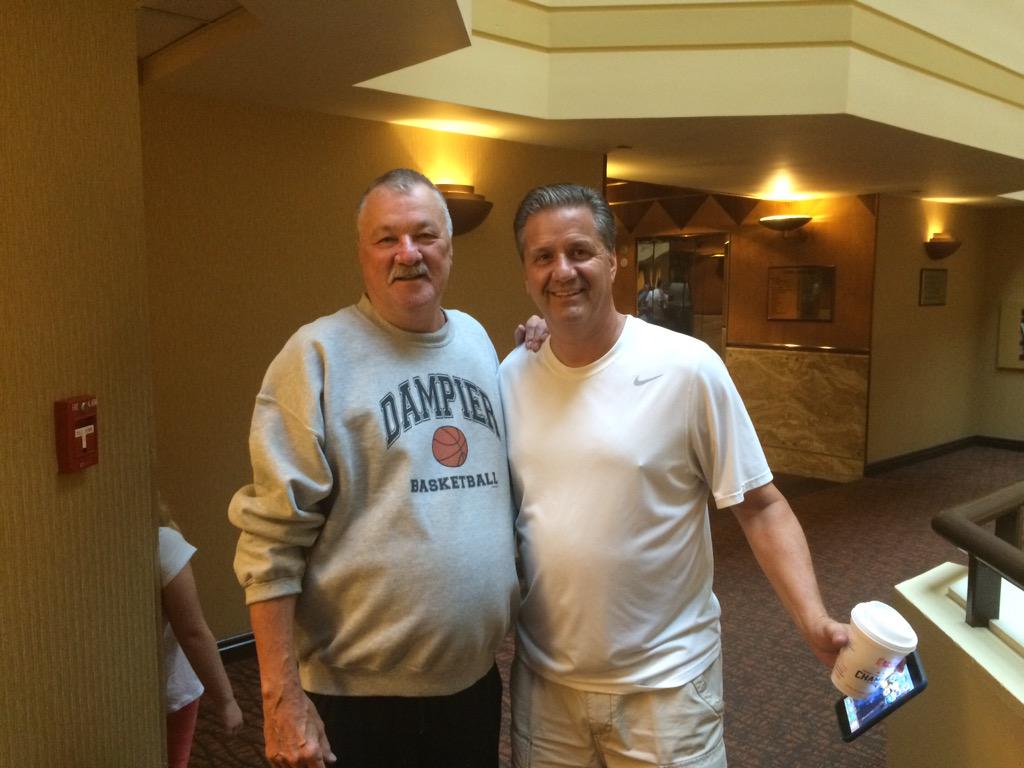 Here’s something that won’t surprise you: Louie Dampier and John Calipari will give their speeches last tonight during the Hall of Fame Enshrinement. Our pal and your favorite Jerry Tipton tweeted out the order of speakers, and because the HOF people are wise, they put the two Wildcats last:

The event, which will be televised on NBATV, starts at 7:30 pm ET. That means Dampier and Calipari will go on LATE, probably close to 11 p.m. Get your Diet Cokes ready! Or, just catch up on it all in the morning. We’ll have pictures and videos from the event on the site throughout the night.

3 Comments for Louie Dampier and Calipari will speak last tonight