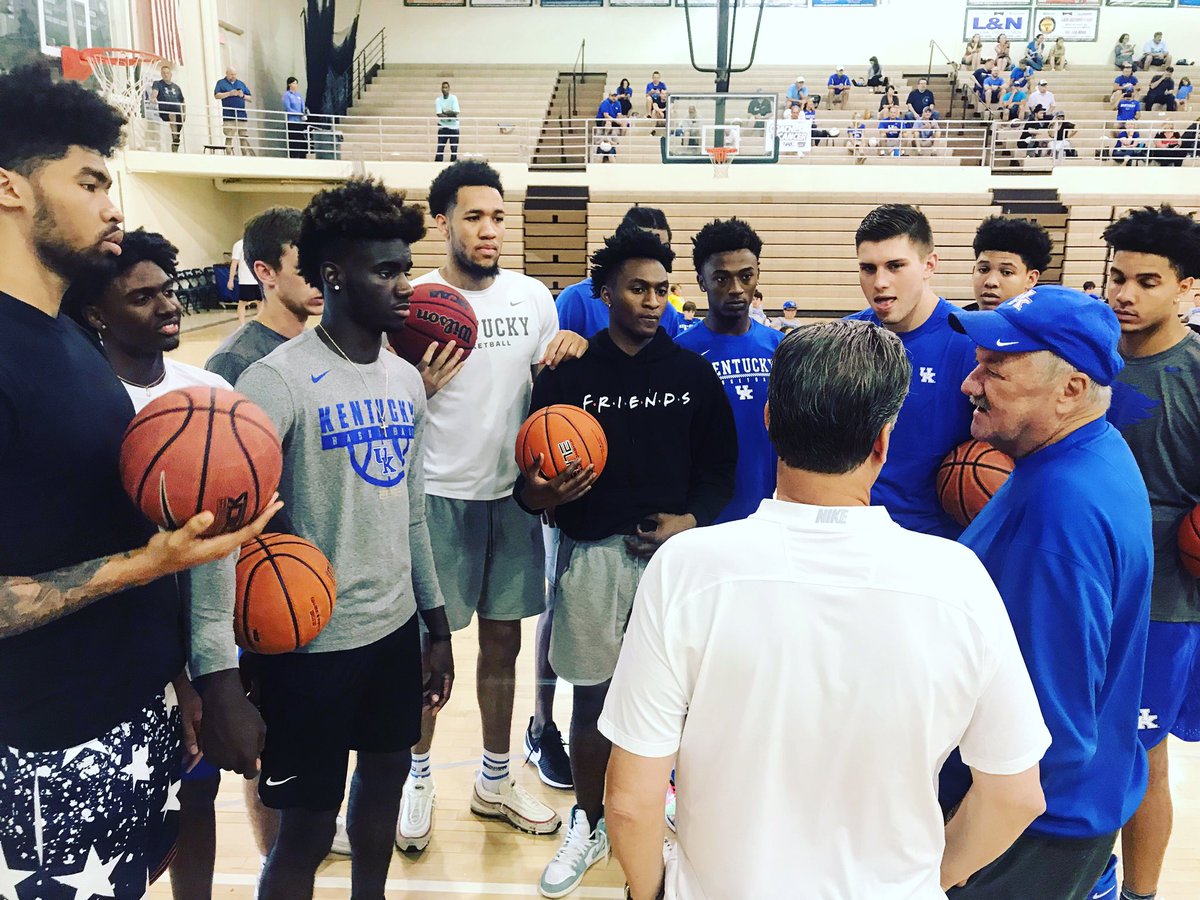 One of my favorite things about Kentucky Basketball is the relationship between the past and the present. Today, the new crop of Cats got to meet Hall of Famer Louie Dampier, who stopped by the satellite camp at South Oldham High School:

Our players came to camp today at South Oldham High School in Crestwood to teach. They did the learning when Louie Dampier dropped by. pic.twitter.com/T6GxvoUwb7

For our younger readers, Dampier was a two-time All-American and member of Rupp’s Runts. He was also the leading scorer in ABA history, playing nine seasons with the Kentucky Colonels. Dampier was inducted into the Naismith Memorial Basketball Hall of Fame alongside John Calipari in 2015 and has been known to check in on the team every now and then at practice.

In other satellite camp news, Ashton Hagans and Tyrese Maxey sure can dribble:

Learning from the best. pic.twitter.com/BF6lt9cIPD

This clip is from yesterday, but I’m still laughing:

And with that, Keion Brooks is my new favorite player.