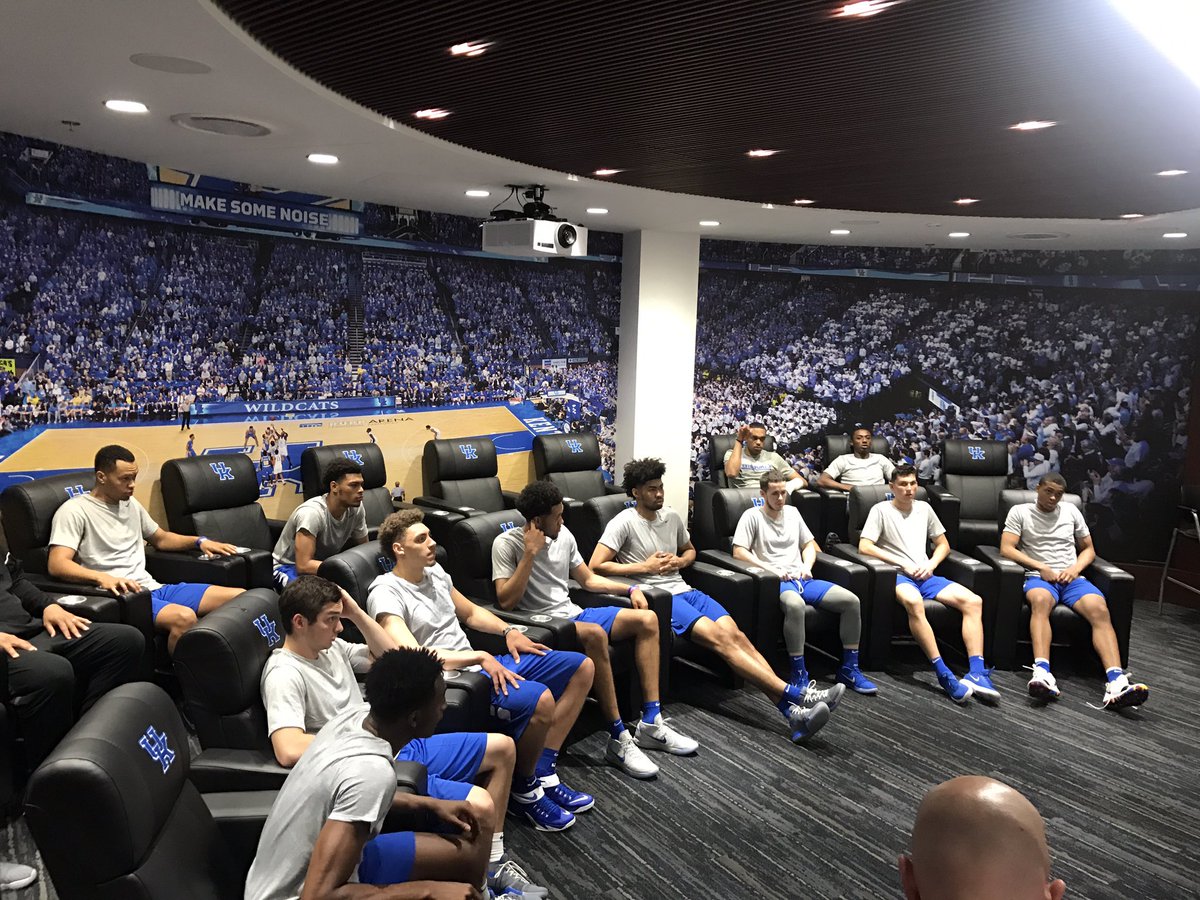 Here we go. The first practice of the 2018-19 season is underway over at the Joe Craft Center:

First practice of the year. pic.twitter.com/1Im4deMFjx

John Calipari is scheduled to appear on the SEC Men’s Basketball Summer Teleconference tomorrow morning, so hopefully we’ll hear all about it. As I told you earlier, he’s had a hard time containing his excitement for this squad.