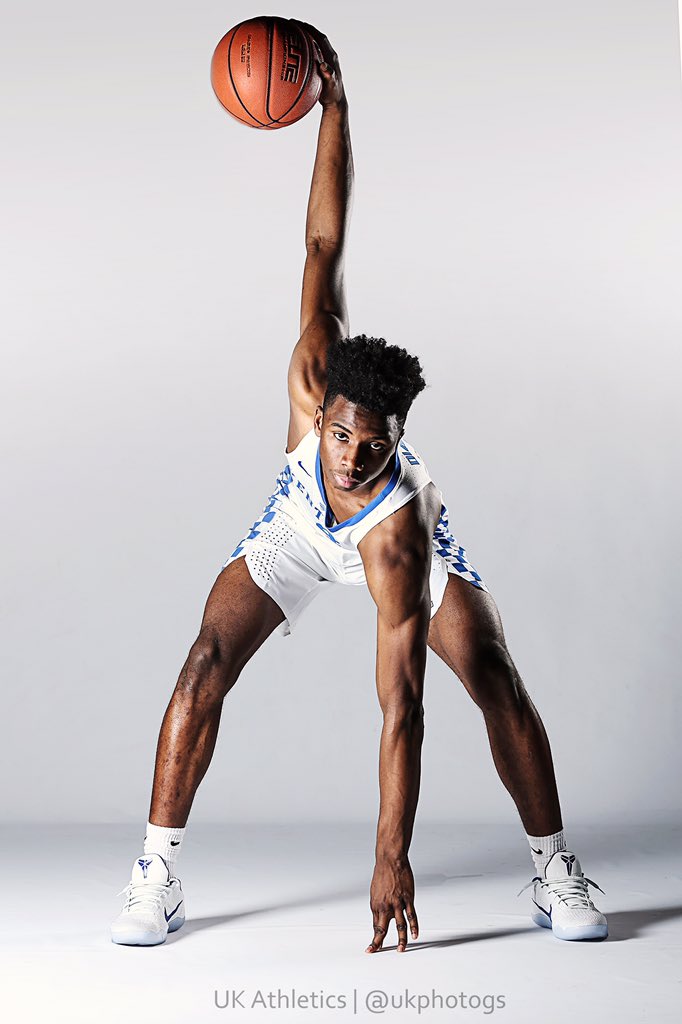 Five-star shooting guard Hamidou Diallo is in a peculiar position, but one that’s similar to something he’s experienced before.

Diallo arrived at Kentucky as a midyear transfer.  Even though he was the consensus No. 1 shooting guard in the 2017 recruiting class, Diallo is not yet ready to play on college basketball’s biggest stage, opting to sit out this semester to focus on improving his game.  So far, so good.  Diallo told CoachCal.com nothing has changed since he arrived on campus last month.

“Coach Cal just respected my decision that I wanted to sit out for the semester and just get better,” Diallo said. “He respected that and told me whenever I feel like I’m ready, and if I wanted to play I could just come and talk to him about it. For right now, we’re just sticking to the plan of me sitting for the semester and getting better on the court and competing with these guys in practice.”

Diallo’s been the guy on the sideline before, waiting for his chance to make a splash on the biggest stage…in Queens, New York.  In a neighborhood described as “tough as nails,” Diallo developed patience at a young age.

“Me growing up, playing in the neighborhood, you had to work your way to get to be able to play on the big court with the big guys,” Diallo told CoachCal.com in an exclusive interview. “Me, I just worked hard waiting for the day to get picked up and play with them. I would be there just watching them play, hoping that they’re one guard short and they would pick me up. It took a long time for me to get that pick-up, but it was worth it.”

After the semester concludes, hopefully the wait will be worth it when fans finally see him wearing No. 4.

Below is a little bit more about Diallo, but you’ll want to read the entire profile by CoachCal.com.

Hopefully Drake doesn’t find out who Diallo’s favorite musician is, or we might not see Drake back at Big Blue Madness.