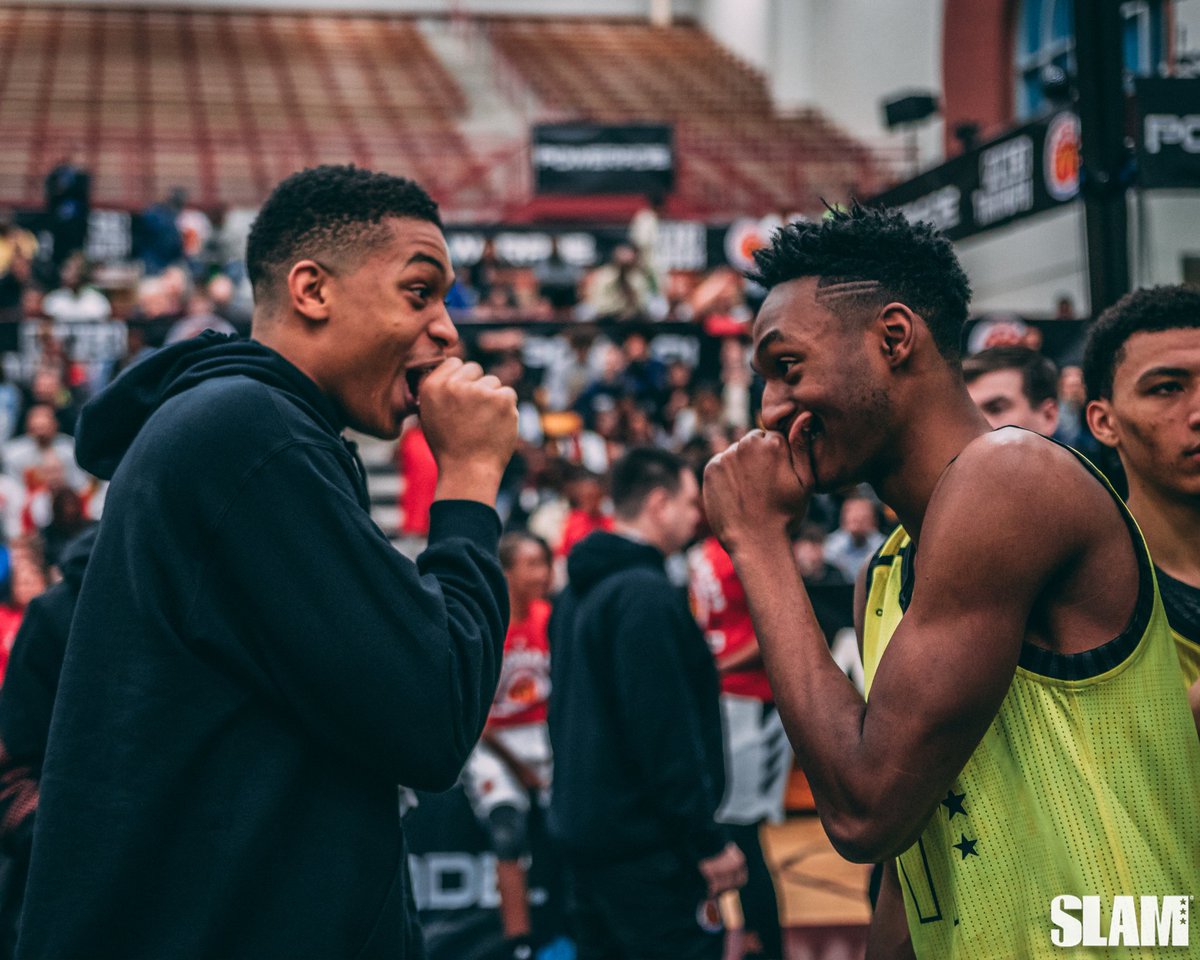 Two future Kentucky stars are spending the week in Atlanta, showcasing their skills at the McDonald’s All-American Game.  You’ve seen the rankings and the highlights reels, but how well do you really know Immanuel Quickley and Keldon Johnson?  KSR spent time with each at McDAAG Media Day to let you know what’s in store for next season.

A childhood fan of John Wall, now Quickley gets to follow in his footsteps.  What makes this point guard different than previous UK PGs is his shooting ability and his infectious personality.

Quickley’s shot shined bright in primetime at the Powerade Jam Fest.  A score of 17 was good enough to tie Duke’s Cameron Reddish for the title, the third Wildcat to win the award.  Even though he will take home a trophy, Quickley was disappointed.

“I learned a lot, in terms of basketball and how hard he pushes his players.  I learned even more about him as a person, as a really great guy off the floor, a people’s person and a really great coach.”

Quickley also learned Cal-speak.  “He says, ‘Two hands on the basketball’ all the time.  He says a lot of stuff, I can’t remember them all.”

That’s one thing Quickley and Keldon Johnson share in common.  They don’t care who is on the team.  They’re bringing their A-game to Kentucky regardless.

“I’m not really worried about who stays or goes because as long as I do what I’m supposed to do, I’ll be okay regardless,” Johnson said.

Like Quickley, Johnson is constantly talking on the court, but Johnson is louder.  So loud, you’ll be able to hear him calling out ball screens in Rupp’s rafters next fall.  When he steps in between the lines, a switch is flipped.  Johnson brings a type of energy that’s incomparable to those who came before him.  What makes it even more remarkable is that he’s a quiet, soft-spoken kid.  His personality made one experience with a UK fan extremely awkward during a visit to Lexington.

“A dude walked up to me with a Kevin Knox jersey on.  I have never seen this dude in my life, and he knew my name, where I went to school and everything like that,” Johnson said.  “I thought it was pretty weird.  I wasn’t expecting anything like that.”

Johnson knows what to expect when he arrives on campus this summer.  A player who wants to “dominate and kill” does not fear what lies ahead.  “Come in with a tough mindset,” his future teammates told him. “Don’t be afraid.”