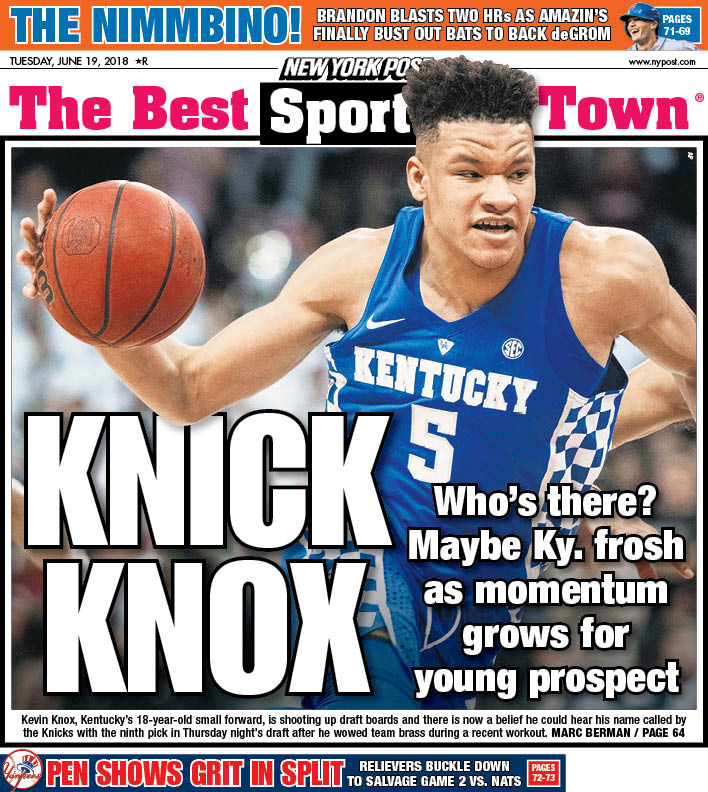 Is Kevin Knox bound for the Big Apple?

As the NBA Draft approaches, the Kentucky small forward’s stock continues to climb.  Now considered a top ten pick by most draft analysts, this morning Knox stole New York City headlines after a workout for the Knicks.

“He had a terrific workout, even kicked around Miles Bridges, who is a couple of years older than him,’’ the NBA source told the New York Post.

The reported joint workout from last weekend reflects a sentiment shared by draft analysts.  Bridges, Knox and Mikal Bridges are three wings in a similar position.  Both Bridges appeared to have a slight advantage over Knox at the end of college basketball season, but Knox’s age and impressive workouts have turned the tables.

The Knicks hold the ninth overall selection in Thursday night’s draft.  He’s worked out for every team picking six through twelve.  That range sounds about right, but it will probably happen sooner rather than later.

Kevin Knox Sr. jokingly told the Post, “Listen, after the fifth pick, I’m not going to use the restroom anymore.”